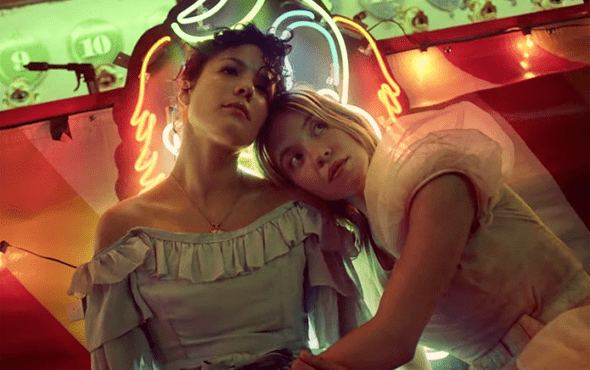 Halsey and Sydney Sweeney will share the small screen together once again.

The news cycle sure does move fast. Earlier this week, many of us were speculating whether there was much truth to the rumours around Halsey and Cara Delevingne, but now we have something concrete to get excited about – Halsey aka Ashley Frangipane is making her acting debut.

Both Halsey and Sweeney are set to appear in the TV adaption of Jessica Goodman’s novel They Wish They Were Us.

The series will be titled The Player’s Table and will revolve around Long Island prep school senior Jill Newman (Sweeney), who works to uncover the truth about her best friend’s death three years ago and what her “players” — members of the secret society that rules the school— may have had in it.

Halsey will take the role of Rachel Calloway, an emotionally troubled young woman who ignites Jill’s journey of finding the truth her best friend’s murder. A previously legendary member of “The Players”, Rachel left the group and dissociated from Long Island roots when her younger brother, Graham, was convicted for the murder.

She is brought back to Long Island by her conviction that Graham is not responsible for this crime. Together, Rachel and Jill join forces to embark on a quest for the truth of what really happened that night.

Aside from breaking into acting, the American singer-songwriter has previously teamed up with the rising star actress. You might be wondering why you recognise Sydney Sweeney’s name and if you’re a fan of Euphoria, then you got it in one.

Sweeney is known for being in hit trippy coming-of-age TV series as well as Halsey’s Graveyard music video. You can watch the music video here or below: