Hailee Steinfeld confirms season 3 of Dickinson is on its way 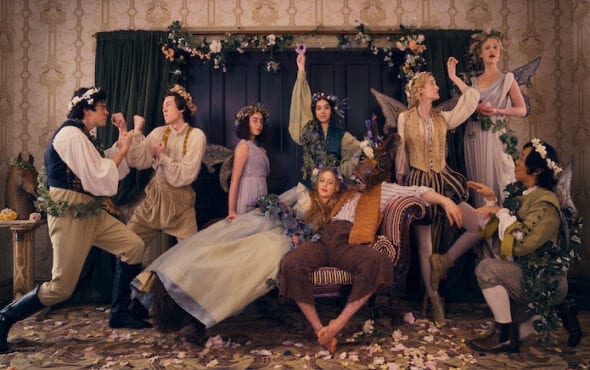 In the new season, a familiar cast of actors are set to reprise their roles in the quirky, young historical drama.

Season two of Dickinson was met with high praise and an LGBTQ+ cult following from fans that sought out intricate stories of romance, representation, and the reimagined life of Emily Dickinson.

With the second season leaving viewers in suspense over the fate of Emily and Sue’s (Ella Hunt) relationship, we’re sure season 3 will give the EmiSue shippers plenty to work with.

Apple TV+ announced the renewal of Dickinson in late last year alongside the premiere date of season two.

Dickinson, which is exclusive to Apple TV+, became the streaming platforms first original series to hit the milestone of a third season. Dickinson was also the first LGBTQ+ series to be commissioned by Apple.

Giving little away, the image saw the actress dressed up in a corset and double-masked while on set and was caption with: “It’s almost that time again… hi season THREE! #Dickinson”.

While there is no release date for season three yet, season 1 and 2 of Dickinson are now available on Apple TV+.

You can watch the trailer for season 2 here or below: