Hadestown is slick, engrossing and a whole lot of fun – review 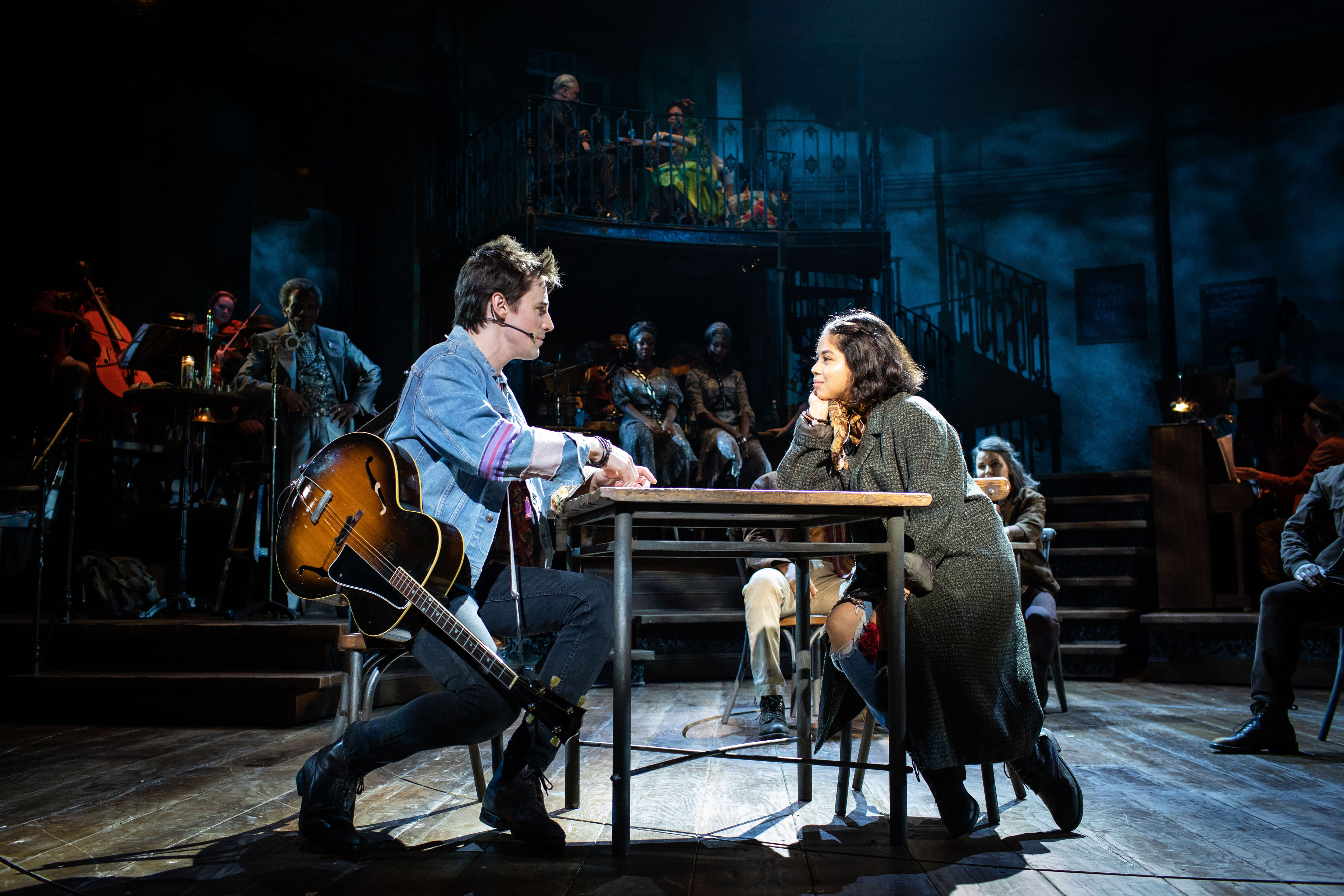 Rachel Chavkin directs the folk musical cult hit, which has made its debut at the National Theatre.

Hadestown is a bit of a peculiar concept for a show; previously it has existed as a workshop and a concept album before becoming a successful musical in New York. It is currently enjoying a short stint at the National Theatre before transferring to Broadway in the new year.

In essence it’s a retelling of the tale of Orpheus and Eurydice as they fall in love. With Orpheus unable to provide for her, Eurydice is lured into Hadestown with the offer of plenty. Orpheus embarks on a journey to the depths of the underworld to save her; they are granted freedom on the basis that they pass a test of ultimate trust.

It may not sound like an obvious recipe for success but we were pleasantly surprised. Hadestown doesn’t seem all that bad a place to visit – it closely resembles a New Orleans jazz bar with a remarkably good band. There are numerous memorable, catchy songs in the show – lifted from acclaimed songwriter Anais Mitchell’s concept album of the same name – and the quality of the singing impresses throughout.

Indeed the songs are so culturally relevant right now that it’s hard to believe they’re not brand new. There’s “Why We Build the Wall” which refers to building a wall to keep Hadestown’s citizens safe – it’s keeping out the enemy, it’s keeping poverty away. Throughout the musical there are nods to the downtrodden industrial workers, detailing the disquiet of the American rust belt. It’s hard to believe these were all written years before the rise of Trump.

We were constantly impressed by the technical strength of the show. The choreography worked well throughout – although none of it was wildly ambitious, it was incredibly slick and effective. The lighting looked great and added a huge amount of atmosphere – the numerous suspended lanterns swinging like pendulums across the stage but never touching were mesmerising, while the parting of the staging to reveal a huge, stadium-style lighting rig was a real wow moment.

The quality of the talent was generally top notch. Eva Noblezada was superb throughout as Eurydice, although as a consequence Reeve Carney as Orpheus felt a little bit outclassed. We must give a special mention to the vocal prowess of Patrick Page as Hades, too – producing bass notes so low we felt they must actually resonate with the underworld.

It’s not without its imperfections, however, and we felt there was a bit of a pacing issue, particularly in the second half. The opening act has a very strong ending and during the interval we couldn’t wait to see what would happen next, but the second half took quite some time to really find its feet. It’s not a deal-breaker but it’s a bit of a shame given how much this show gets right.

It may not be flawless but Hadestown has much to recommend. It’s a slick and engrossing musical – and it’s a whole lot of fun, too. Absolutely worth checking out.