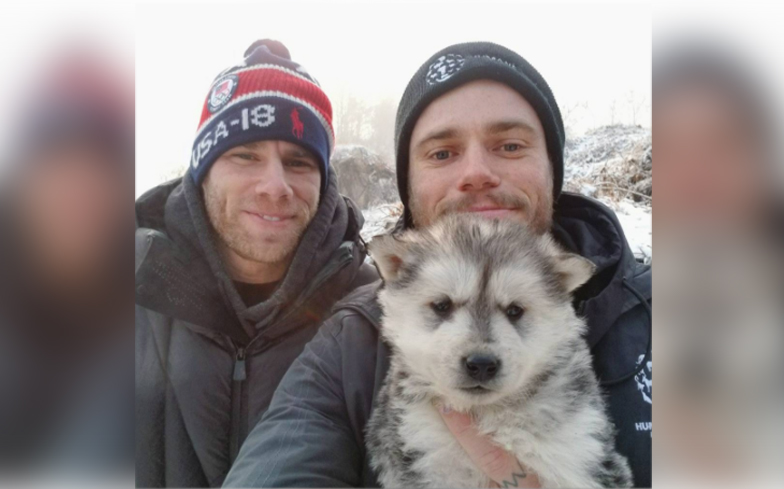 Last month, Gus Kenworthy adopted a puppy from a South Korean puppy farm, and now that Beemo’s arrived in the U.S., she’s started taking over their lives.

And as anyone with pets knows, you need to share all of their cute moments on social media. So Gus Kenworthy and his boyfriend, Matt Wilkas, have given Beemo her own Instagram and Twitter.

Here’s a selection of some of her most adorable posts:

K so I'm on IG now. It's whatever, don't make a big deal out of it. Just follow me and like all my shit and we'll be cool.

Him: Happy #NationalPuppyDay Beemo! I love you so much! Me: K so you're kinda getting clingy and it's freaking me out. We haven't even been together for a month yet… STOP SMOTHERING ME!

I love getting to meet fans! pic.twitter.com/r6x3fwo7Gc

you vs. the girl he tells you not to worry about… pic.twitter.com/Ubygy1HYr3

So far, Beemo has managed to avoid the usual pitfalls of social media, like posting endless cat memes, but like so many of us, she has discovered the annoyance of having your parents on social media.