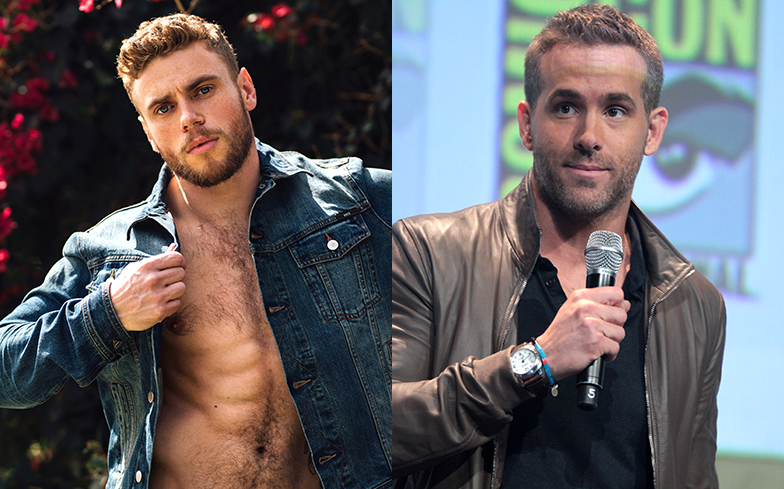 The Olympian went into meltdown mode after the Deadpool star followed him on Twitter.

Upon finding out, the American skier – and Gay Times cover model – tweeted: “Hey @VancityReynolds! Just letting you know that you are personally responsible for giving me a cardiac arrest and now I’m gonna need you to perform mouth-to-mouth resuscitation to save my life…’

In the April issue of Gay Times, the 26-year-old slammed the hate: “I didn’t know it was being filmed but some people were like ‘Why are you shoving it in our faces?’ We’re not doing that at all, we’re just existing. If a hockey player kissed his wife after a game there’d be no comments about it or it’d be ‘Such a cute moment’.

Hey @VancityReynolds! Just letting you know that you are personally responsible for giving me a cardiac arrest and now I'm gonna need you to perform mouth-to-mouth resuscitation to save my life… Sorry but those are the rules, I didn't make them. Thanks in advance! pic.twitter.com/sA3ZUYbw9t

Gus’ friendship with fellow out athlete Adam Rippon also made headlines. Remember when they shared a kiss in defiance of Mike Pence – and the internet went wild?

The 26-year-old had nothing but praise for Adam in our issue: “He’s so funny and quick and witty and charming and he’s done so much for the community just by being himself. It was an honour to present the award to him and I think I’ve made a lifelong friend in Adam Rippon.”