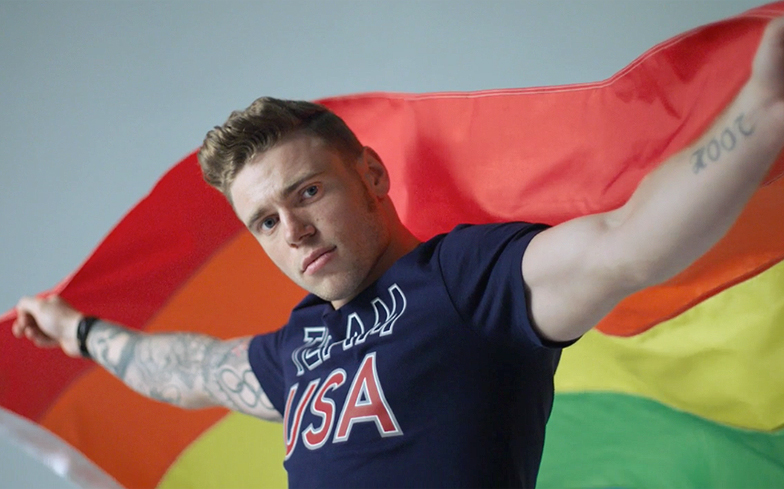 The out freeskier is expected to head to Pyeongchang, South Korea next month to take part in the 2018 Winter Olympics, and to celebrate he’s fronting a new advertising campaign from haircare brand Head & Shoulders.

“My shoulders carry more than my country’s pride – they carry my community’s pride, my family’s pride, and pride in myself,” he says in the 20-second clip, which sees him flying a rainbow Pride flag and taking a shower.

The advert will air on TV in the United States throughout February, while Gus will also appear on in-store adverts and digital spots on social media as the brand’s latest ambassador.

“Holding up those rainbow colours on national TV makes me feel PROUD!” he wrote on Instagram.

Gus will find out on 22 January if he qualifies for the 2018 Winter Olympics in South Korea, although he’s already claimed he won’t be accepting an invitation to visit the White House, as is tradition for Team USA.

The athlete won silver atthe 2014 Winter Olympics in Sochi, Russia, and he’ll be hoping to repeat his success this year.

Watch the advert below.