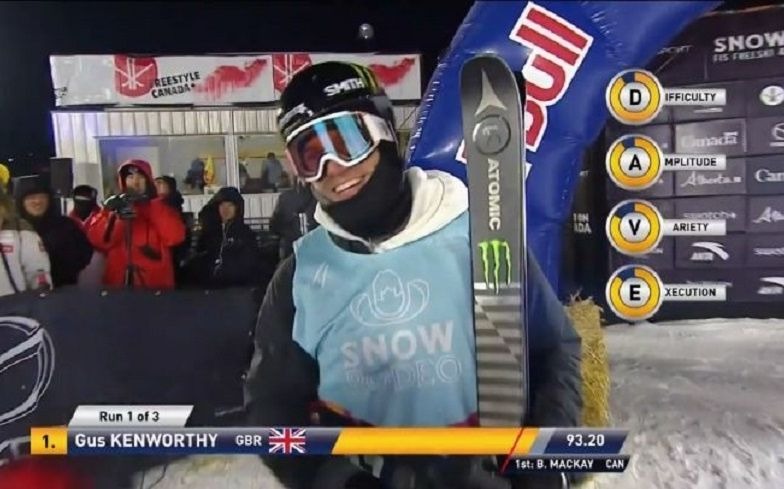 The skier swapped to Team GB at the end of last year.

Gus Kenworthy has made history by becoming the first Team GB athlete to win a World Cup at a halfpipe event. Gus was competing at the Calgary Snow Rodeo, in his first halfpipe competition in two years.

He scored 93.20 to earn the top spot, beating out Brendan Mackay and Birk Irving to take the gold.

Speaking to Eurosport after the event, Gus said: “I feel great. It’s my first halfpipe World Cup in two years, and it’s my first competing under the British flag, and I’m just so, so happy.

“I landed a run that I’m happy with, the level of riding tonight was amazing, and I’m very happy to share the podium with Brendan and Birk.

“I didn’t want to come back to competition slow and just kind of half-ass it. I wanted to come back really aggressive and strong, so it feels good.

“I honestly didn’t know if I was coming back or if I was done competing, but I took some time off and really missed it. It’s great to be back.”

In an Instagram post celebrating the win, Gus added: “Last night was a dream! I couldn’t be prouder to have taken the win at my first World Cup competing under the GB flag! This one’s for you mum!!!”

Last year, it was announced that Gus Kenworthy had joined Team GB, and would compete for them in upcoming 2022 Beijing Winter Olympics.

Gus said his mother has been his number one fan throughout his entire career, and he wants to return the honour by “proudly holding up the British flag for her” in what he says is sure to be his “last Olympic appearance”.

Vicky Gosling of GB Snowsport said: “When renowned athlete like Gus makes himself available to compete for GB Snowsport it is really exciting, but we wanted assurances around Gus’ desire as his life outside snowsport has become much busier.

“We have met with Gus numerous times and found that we are completely on the same page. Gus understands that we have an incredibly talented squad and that means places are competitive.

“It is incredibly exciting to have him in our ranks and I think it goes to show the level that GB Snowsport has reached in a short space of time. The inclusion of Gus in our squad can only raise our level of performance and make us even more competitive.”

Gus also told NBC Sports that competing for Great Britain gives him an advantage because he will worry less about the people he’s up against, the tricks he wants to perform and “the runs” that he wants to do.