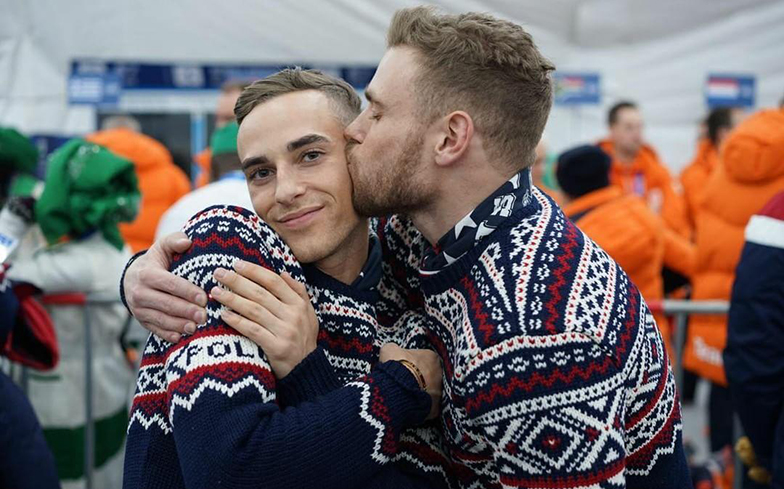 “Eat your heart out, Pence.”

As the first openly gay male athletes from Team USA to make it to the Winter Olympics, freeskier Gus Kenworthy and figure skater Adam Rippon are helping to fly the flag for the LGBTQ community in turbulent times.

That message of defiance was solidified in a post on Twitter, where Gus shared an extra two photos from the opening ceremony including one of him planting a kiss on Adam’s cheek.