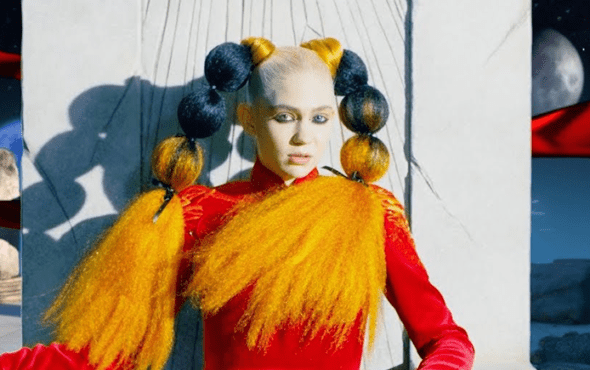 “I cannot support hate. Please stop this. I know this isn’t your heart.”

Grimes came into conflict with her tech boyfriend Elon Musk over the weekend after he proclaimed on Twitter that “pronouns suck”.

The engineer, who boasts over 37 million followers on the social media platform – oh, and a net-worth of approximately $70 billion – decided to use his power and influence to spew transphobic hate and sadly, it worked.

His tweet is chock-full of responses from anti-LGBTQ+ trolls claiming that they/them pronouns, which have been used as pronouns for centuries, are “ridiculous” and “unnecessary”.

Another tweeted: “YES! We need to stop bowing down to these people. There are only two genders. Just because a few people don’t know the difference between gender and masculinity/femininity levels doesn’t mean we should actually take them serious.”

Grimes, who has been in a relationship with Musk since 2018, publicly called out his ignorant comment. “I love you but please turn off ur phone or give me a dall [sic]. I cannot support hate. Please stop this. I know this isn’t your heart.”

The musician deleted her tweet shortly after, and although she and Musk just celebrated the birth of their child X Æ A-Xii, he unfollowed her. (He re-followed seven hours later.)

Musk’s stance on pronouns came as a shock, considering Grimes – real name Claire Boucher – said she doesn’t want to force a gender on their child. “I don’t want to gender them in case that’s not how they feel in their life,” she explained on YouTube. “I don’t know, I just feel like it doesn’t need to be known.”

When a fan asked if they were welcoming a boy or a girl, Grimes also responded: “They may decide their fate and identity.”