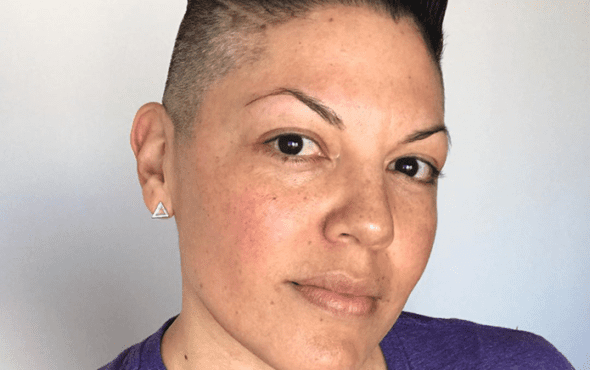 Sara Ramírez has joined the upcoming Sex and the City reboot, And Just Like That…

The highly-anticipated revival, which will run for 10 episodes on HBO Max, sees the return of Sarah Jessica Parker as Carrie Bradshaw, Cynthia Nixon as Miranda Hobbes and Kristen Davis as Charlotte York.

Sara has been cast as a queer and non-binary podcaster called Che Diaz, who frequently has Carrie on their show.

According to Entertainment Weekly, Che is described as a “big presence with a big heart whose outrageous sense of humor and progressive, human overview of gender roles has made them and their podcast very popular.”

Michael Patrick King, creator and executive producer of the beloved franchise, said in a statement: “Everyone at And Just Like That is beyond thrilled that a dynamically talented actor such as Sara Ramírez has joined the Sex and the City family.

“Sara is a one-of-a-kind talent, equally at home with comedy and drama – and we feel excited and inspired to create this new character for the show.”

Filming for And Just Like That… kicks off this summer.

Sara is best known for their beloved role as Dr. Callie Torres on ABC’s medical drama Grey’s Anatomy. After appearing in 241 episodes across 11 seasons, Callie made history as the longest-running LGBTQ+ character on television.

Following their departure, they went on to star in another queer role in Madam Secretary as Kat Sandoval, a bisexual and non-binary political advisor. Sara held the role between seasons four and five.

The star, who came out as non-binary in 2020 and goes by she/them pronouns, has been the recipient of various accolades throughout their career including a Tony Award, a Screen Actors Guild Award and a Satellite Award.

For their extensive campaigns for LGBTQ+ rights, Sara won the Ally for Equality Award from the Human Rights Campaign Foundation in 2015.