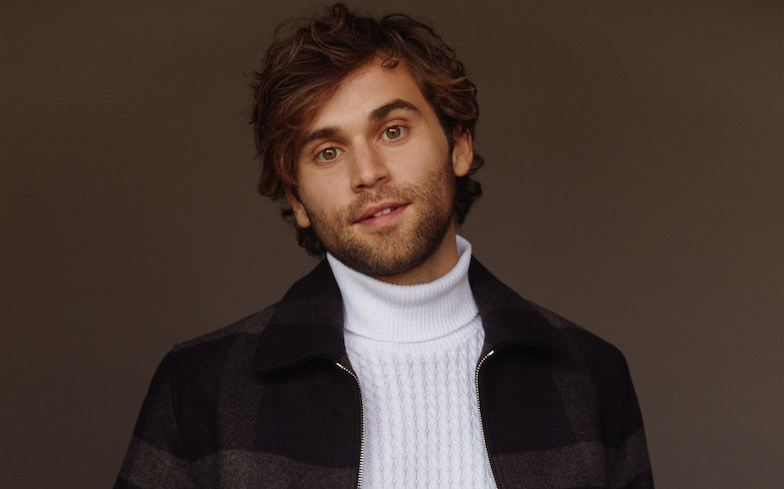 “Saying that I’m over the moon excited about this doesn’t even scratch the surface.”

Grey’s Anatomy star Jake Borelli has been promoted to a series regular for the show’s upcoming 16th season.

“Chris, Jake, and Greg have been recurring for us as guest stars and have popped as fan favourites,” said showrunner Krista Vernoff. “We are excited to continue revealing their characters, and we are beyond thrilled to welcome them to the Grey’s Anatomy family.”

Borelli’s character has been at the forefront of the show’s first male-sex pairing. In the 15th season, Alex Landi joined the cast as the openly gay surgeon Nico Kim, and Dr Schmitt crushed on him, hard (remember that elevator scene?). When we spoke to Borelli last year for our December cover, he told us: “We came up with something really beautiful and really exciting, and it’s a story I would’ve loved to have seen when I was younger. It’s a story that fits right into my own history, and it’s very close to me in some ways.”

Even though Grey’s Anatomy has had several LGBTQ characters throughout the series, most notably Callie Torres – who boasts the honour of being the longest running queer character in TV history – the show has never had a romance between two men at the forefront of a storyline, which makes this particular story arc so historic.

Shortly after Borelli’s promotion to series regular was announced, he wrote on Instagram: “Dreams do come true. Grey’s Anatomy has been my home for the past two years, and saying that I’m over the moon excited about this doesn’t even scratch the surface. I am SO honored to jump back into season 16 with this amazing cast.”

The finale of Grey’s Anatomy’s 15th season airs tonight on ABC – watch the trailer below.