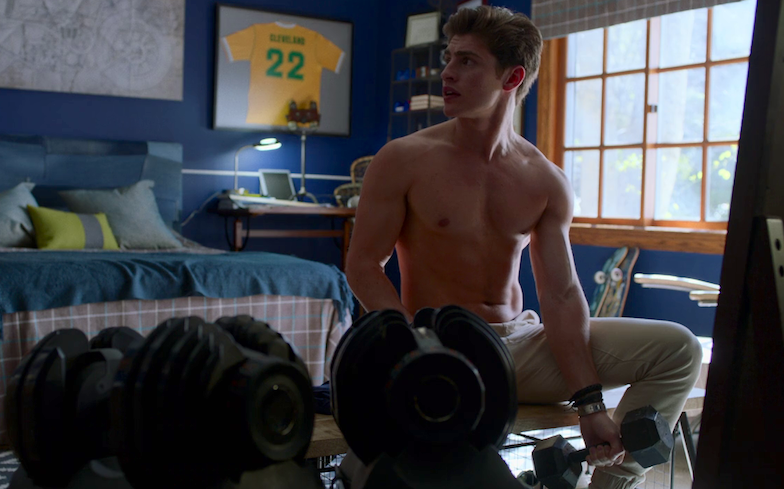 Now that’s how you do a series premiere…

Marvel’s Runaways has finally premiered on Hulu, and it was definitely worth the wait because a) James Marsters – Spike from Buffy – is back on our TV screens, and b) Gregg Sulkin takes his top off. Yay!

For months, the British actor has been teasing us with various Instagram photos showing off his newly buff bod – which you can see here, here and here – and we knew it was just a matter of time before we saw it in HD.

The scene in question shows Sulkin’s character working on his biceps, all shirtless and broody. It’s a short scene, but it’s made a very thirsty impression. See for yourselves…

The Hulu series follows six teenagers from different backgrounds who unite against their super villain parents, The Pride, who control a criminal organisation in Los Angeles.

Runaways is set within the Marvel Cinematic Universe, which means the characters are in the same universe as The Avengers, The Defenders, The Revengers etc.

The 10 episode season will be released weekly on Hulu between 21 November to 9 January.