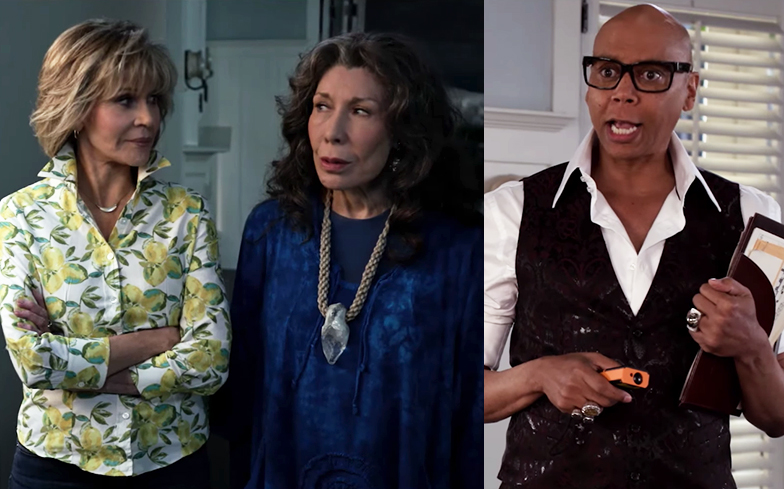 We’re a week away from a brand new season of Grace & Frankie, and to get us even more hyped a brand new trailer has teased some of the drama to come – and it looks hilarious.

The hit Netflix comedy, which stars Jane Fonda and Lily Tomlin as two women who become friends when their husbands announce they’re in love with each other, will return for its fifth season on Friday 18 January.

As well as welcoming the two queer icons back to our screens, we’re also being blessed with two very special cameos: Drag icon RuPaul and The Simple Life star Nicole Richie. From the looks of the trailer, it doesn’t seem that Grace and Frankie will be making new friends anytime soon, but the thought of them going head to head with Mama Ru – who’s moved into their old house – is getting us pretty excited.