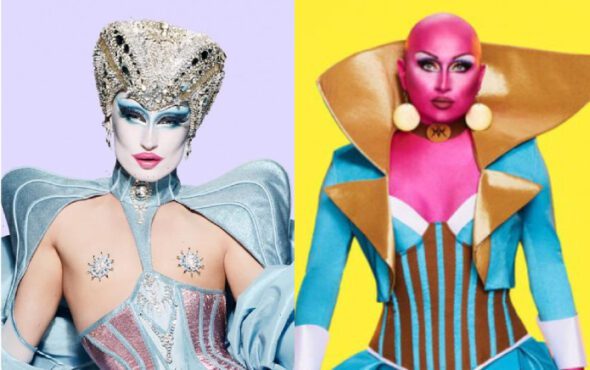 Last week, season 13 winner Symone announced the new set of queens vying for the title of America’s Next Drag Superstar.

Like its predecessor, the new season is backed by a herstory-making cast that includes the series’ first-ever cisgender straight male contestant Maddy Morphosis.

In an interview with Variety, Gottmik praised the inclusion of Maddy and related the current controversy to her own casting announcement.

“When I first got announced on the show, I was flooded with people who did not think I should be on the show or I shouldn’t be doing drag,” she said. “I feel like she’s going through the exact same thing right now.”

The 25-year-old made history in season 13 as the franchise’s first-ever out transgender male contestant.

The beloved queen went on to win two challenges and made it all the way to the top four.

“Drag is for everyone. It’s an art form. It’s not about your identity,” she explained.

“And as long as she knows where drag came from and the references and just the background of the sacred form that drag truly is, she’s gonna be fine. And turn it, you know?”

Gottmik’s comments come a few days after Maddy released her own statement regarding her controversial casting.

Maddy explained that she “entered the scene shortly after high school” as it provided a “safe space” for her to explore her gender identity.

The 27-year-old continued: “The people I met, and the experiences I had helped me understand more about gender and sexuality, what it meant to me, and where I fit in with everything.

“Drag wasn’t even something I considered when I first started going out. It was something that just happened to be in the scene I was in, that I fell in love with.

“But doing drag the past 5 years has given me even more opportunities to further explore my own identity, and also understand more about others.”

Maddy added that she isn’t appearing on Drag Race “to show the world that ‘straight guys can do drag.’”

“The concepts of ‘masculine’ and ‘feminine’ are arbitrary and made up,” she explained. “And the rigid line drawn between them just feeds the stigma of men who embrace femininity, and perpetuates the cycle of toxic-masculinity.

“If there’s a message that I hope to convey to people, it’s that you don’t have to inhabit the box society puts you in just to be comfortable in your own sexuality.

“I’m not here to show the world that ‘straight guys can do drag’. For anyone saying that I’m representing an underrepresented group, I appreciate you, but straight men are not a persecuted and excluded group within the drag community.”

Get to know all the fierce season 14 contestants here or below.