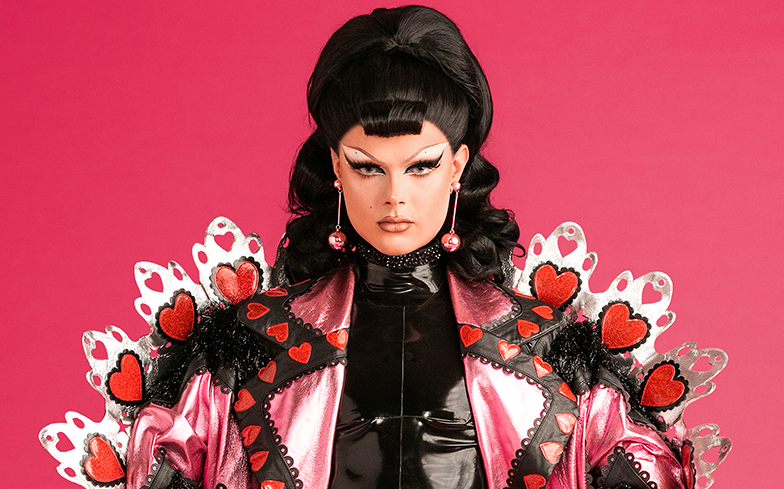 “Omg this is next level.”

Gothy Kendoll has left us slain with the lewk she would’ve worn for this week’s Drag Race UK runway.

The fashion kween and self-described “chav” became the first eliminated contestant from the UK spin-off (and the British equivalent of Victoria Porkchop Parker) after losing the first lip-sync battle to Vinegar Strokes.

Because she likes to keep us fed, Gothy is following in the footsteps of other legendary queens such as Manila Luzon, Phi Phi O’Hara and Farrah Moan by revealing the outfits she had planned for the remaining episodes.

For this week’s runway, the queens were required to sashay and shantay down the main stage in a weird science, future of drag-inspired extravaganza, and Gothy’s lewk… oh honey, it’s a certified SHOOT.

Get your jush below….

On this week’s episode of Drag Race UK, the queens delivered their best celebrity impressions for the show’s staple challenge: Snatch Game. When we spoke to Gothy after her elimination, she revealed who she would’ve impersonated.