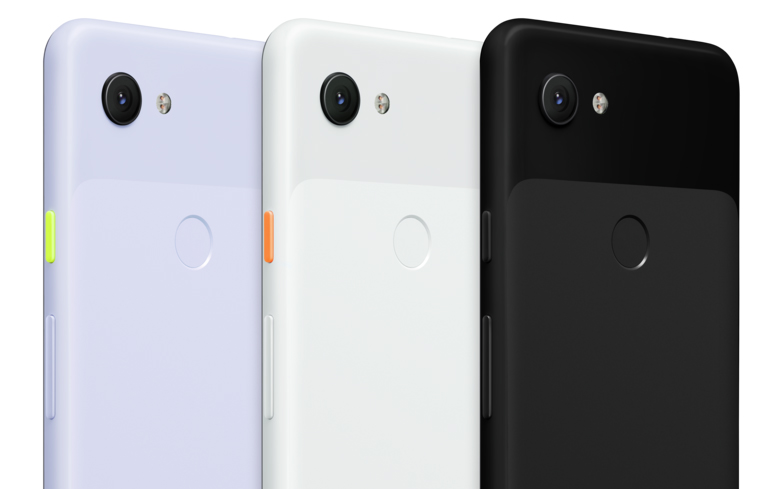 In the decade since our mobile phone devices first transformed into multi-functional smartphones, these gadgets that we now rely on for way more than just sending a text message or calling someone have grown increasingly more powerful.

But we’ve also discovered that with great power comes a greater price tag. Year on year we’ve grown accustomed to purchasing flagship devices that can cost in the region of £1000+. Of course that’s down to hardware advancements costing more to produce, and so it’s only expected that you’d have to shell out for the latest model with all of its futuristic capability. However, with their latest line of powerful smartphones, Google have decided to challenge that trend.

The tech giant launched their Google Pixel 3 device before Christmas, and consumers have since enjoyed the extraordinary camera functionality, intuitive Google Assistant features, and it’s simple and stunning design. Now, for the newly-announced Google Pixel 3a, the best of those capabilities will now be available to customers for half the price of most flagship phones.

Google’s software teams have worked tirelessly over the past few months to use artificial intelligence and refined algorithms to make the best functions of the Pixel 3 work seamlessly on a device that requires less processing power, and thus can be produced for a more competitive price point. The Google Pixel 3a retains the sleek two-tone design as part of the ergonomic unibody it’s encased in. Pixel Imprint is on the back of the device so you can use your fingerprint to instantly unlock your device, while the OLED display is crisp and vibrant. The Pixel 3a also comes in three colours: Just Black, Clearly White, and Purple-ish. For our hands-on experience of the device, we chose Purple-ish which looks stylish with its pop of yellow neon colour on the power button. Oh and Google have brought back the 3.5mm headphone jack if you haven’t managed to pull yourself away from the corded experience just yet.

Having had a few days to test out the device, what is immediately striking is just how effective it is in retaining its battery power. Google boasts that the Pixel 3a can last up to 30 hours on a full charge, and that’s more or less what we experienced carrying it around all weekend. What’s even more impressive is that you can get seven hours of use on a 15 minute charge, which is incredibly helpful if you forget to power it up overnight and need to get a quick burst in the morning.

Google are keen to stress that they are able to offer all of this great functionality at a fraction of the cost due to advancements in software. This not only comes into play with transferring Pixel 3’s best features onto a more affordable device, but with brand new features altogether. One such feature is AR in Google Maps. We’ve all come out of the tube or got off the bus and done a 360 with our Maps app loaded up trying desperately to get our bearings before setting off. With the new AR feature – which will start to roll out more widely in the future – just hold your camera up and Google Maps will point you in the right direction by scanning and recognising your surroundings. An augmented reality overlay includes big blue arrows which will point down the exact street you need to head down through the camera. When you put the device down to your hand like you’d traditionally hold it, the Google Maps app automatically returns to the default mode. As for that camera, the innovative Google’s HDR+ technology that is packed into the Pixel 3 has been brought over here too. There’s integrated Google Lens so you can tap an item picked up by the camera and find out more information about it in seconds, while Playground can load up AR members of the Avengers to battle it out right in front of you, among plenty of other fun features.

Then there’s Photobooth mode, which can recognise when you’re smiling in the front facing camera and automatically take a picture of you at the exact right moment. That eliminates the risk of a blurry selfie when you accidentally shake the camera trying to push the side button.

But most impressively, Google Pixel 3a has brought over the Night Sight feature, allowing you to take clear photos in the most dimly-lit of environments. Using artificial intelligence, the camera can capture its subject with impressive crispness even when a room is practically dark. The camera cleverly pulls in the little bit of light it can find in the surrounding space to brighten up the overall image. The end result is genuinely extraordinary, packed full of rich detail and vibrant colour. There’s also Portrait Mode – which works with both the front and back-facing cameras – which allows you to take professional-level photography, and gives you the option to alter the depth of the image by dialling up the blurriness around the subject. The results of all this great image capturing will then be stored on Google Photos, which is built in and offers free, unlimited storage at high quality in the cloud.

Along with many more intuitive features involving the Google Assistant, easy integration with other Google products like their Home Hub, and additional software updates of the Android OS, the Google Pixel 3a is a smartphone with the functionality of a high-end device but available at a more affordable price tag. Starting at £399 for the 5.6-inch display and £469 for the 6-inch model, the Google Pixel 3a and Google Pixel 3a XL has been designed to make a premium-level product even more accessible.

Google Pixel 3a and Google Pixel 3a XL is available now through Google Store, Carphone Warehouse and Curry PC World, and will be available from 8 May through EE, Argos and Mobile Phones Direct.