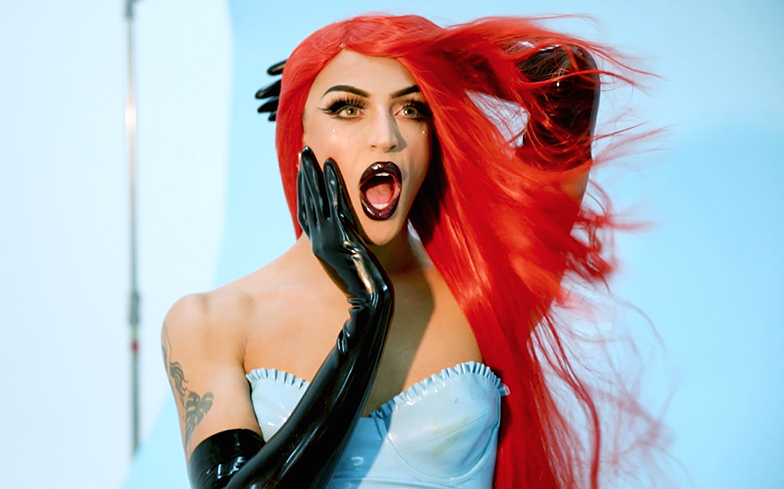 Pabllo Vittar was born to be a cover girl.

Despite her home country being known as the ‘LGBTQ murder capital of the world’ and electing a homophobic president, drag superstar Pabllo has become an international sensation and a beacon of hope for Brazil’s maligned queer community.

So naturally, we had to get her on our cover. For our Sounds Like Queer Spirit issue, which shines a light on the best in leading and up-and-coming queer musical talent – as well as their allies – Pabllo werked the camera and spoke of her icon status.

“I know that I’m a piece of the whole LGBTQ community, and I know the responsibilities that come with that. That’s why I’m here. It’s amazing to bring the art of drag and music together to the mainstream market in Brazil,” she told GAY TIMES.

“People must know that we are talented and deserve our spotlight.”

And deserve it she does; Pabllo was the first drag artist to be nominated for a Grammy, has the biggest Instagram following of any queen in the world (8.4 million), and does stratospheric numbers on YouTube (K.O. is sitting pretty at 335 million views).

As part of her plan for world domination, which includes a performance at New York City Pride in June, the legendary singer shared with us that a new EP is currently in the works, and it will see her record in English for the first time.

“I’m working on an EP with Portuguese, English and Spanish lyrics, some features and a bunch of new stuff for my fans,” she teased. “I can’t wait to finally release these new songs for you guys.”

Watch our behind-the-scenes video of Pabllo’s GAY TIMES shoot below.

You can purchase Pabllo’s issue of GAY TIMES here.