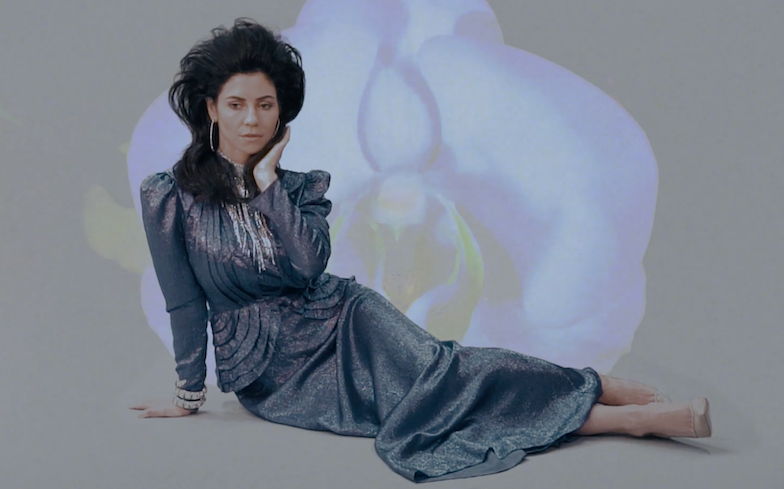 Marina is back after a four-year hiatus and she’s serving retro glam.

The queen of Welsh pop – formerly known as Marina and the Diamonds – has just released her fourth studio album, Love + Fear, fronted by critically-acclaimed bops such as Handmade Heaven, Orange Trees and Baby (with Clean Bandit).

The album became her fourth consecutive top ten in the UK and her second highest charting album in the US. In celebration of her massive comeback, we spoke to Marina for our Sounds Like Queer Spirit issue.

Marina told us that the last few years in the music industry have been an uphill battle for her, revealing: “I realised that a lot of my motives were coming from a place of ego as opposed to creativity or love.

“But then I lost that feeling and it worried me because I thought all artists have big egos, or at least really good ones do. I thought: if I don’t have that feeling anymore, maybe it means I’m not a good artist and I should stop.”

Marina also explained why she decided to remove herself from the toxicity of stan Twitter. “When a woman uses her voice in public or speaks up, men send abuse to that female figure,” she said adamantly.

“What matters is you’re saying something, and they basically want to silence you.”