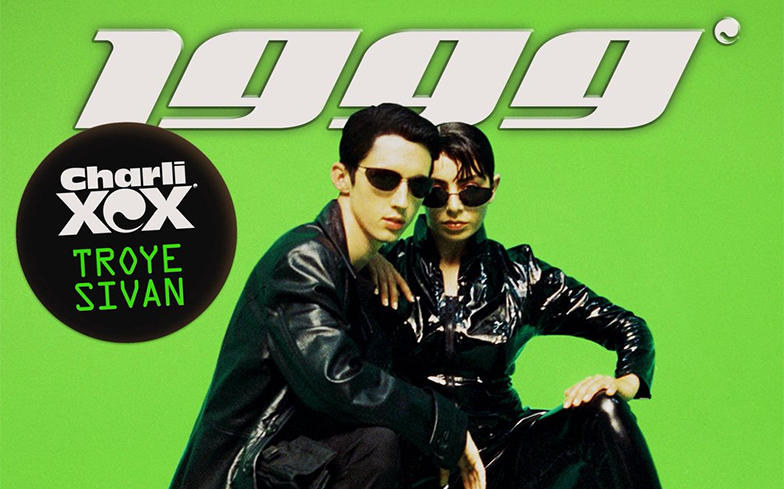 Charli XCX and Troye Sivan have joined forces to save pop music.

The two iconic singer-songwriters are looking to the past for inspiration on new collaboration 1999, which plays off Charli’s love for 90s culture and fashion and the recent trend of throwing listeners back to their youth.

“Yeah, I just wanna go back, Nike Airs, all that, CD, old Mercedes, drive around listening to Shady like oh,” Charli sings on the throwback track, before dropping the ultimate Britney Spears reference in the chorus.

Ahead of the song’s release, both Charli and Troye took to Twitter to share their adoration for one another.

“TROYE IS HONESTLY 1 OF MY FAV ARTISTS & I THINK WHAT HE’S DOING FOR POP MUSIC IS INCREDIBLE & SPECIAL & EXCITING. I FUCKING STANNN! LUV U TROYE,” Charli wrote on Twitter.

Troye added: “CHARLI IS A TASTE MAKER AND WORLD CHANGER AND VISIONARY AND I LOVE HER AND AM HONOURED TO HAVE HER AS A TIME TRAVEL PARTNER.”