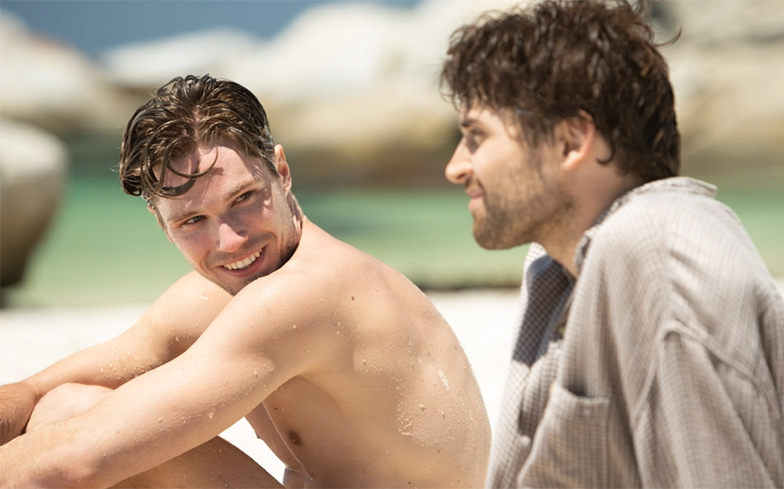 Glasgow Film Festival is giving us the LGBTQ representation we deserve this year.

Running across 12 days from 26 February to 8 March, the annual festival will host more than 380 film screenings, talks and special events that includes nine world premieres, 10 European premieres and 102 UK premieres.

There will also be six LGBTQ-themed films in the lineup, including gay war drama Moffie, tender lesbian love story Two Of Us, and a documentary about openly gay literary titan and actor Truman Capote.

Check out the films below.

Truman Capote left an indelible mark on American letters with landmark works that include Breakfast At Tiffany’s, In Cold Blood and Other Voices, Other Rooms. An individual as complex and intriguing as any of the characters he created, Capote was a fearlessly out gay man, literary titan and high society gadabout who found his celebrity status both seductive and destructive. Using previously unheard audio recordings and fresh interviews with some of the people who knew Capote best, Ebs Burnough has composed a revealing portrait of the man and his times.

The Garden Left Behind (Directed by Flavio Alves)

Flavio Alves SXSW Audience Award-winner is a poignant portrait of a trans woman confronted by a world that struggles to accept her. Tina (Carlie Guevara) is an undocumented Mexican-born trans woman living in New York with her beloved grandmother Eliana (Miriam Cruz). Tina is full of positive energy in the face of many obstacles, including boyfriend Jason (Alex Kruz) who refuses to introduce her to his family. Unsentimental and very touching, Tina’s trials illuminate the prejudices faced by a wider community in a film where all the trans characters are played by trans actors.

San Francisco Gay Men’s Chorus group embarks on a tour of the American Deep South to bring a message of music, love and acceptance to communities and individuals confronting intolerance.

The South Africa of 1981 is the setting for an intense depiction of a young gay man’s army training under the apartheid regime. As the military is ordered to fight Angola, all white boys over the age of 16 are conscripted. Teenager Nicholas (Kai Luke Brummer) is no exception. Exposed to a relentlessly macho culture of institutionalised racism and virulent homophobia, he follows orders and keeps his sexuality invisible. A powerful attraction to fellow recruit Stassen (Ryan de Villiers) becomes impossible to resist as Nicholas fights the expectations of masculinity imposed upon him.

Colm is in his mid-forties, married, with two teenage children. Still grieving the death of his father, a destructive figure in his life, Colm struggles with his relationship to his own son, whilst at work a recent takeover threatens his job. Unable to share his vulnerability with his wife, Colm’s world is falling apart around him. In the midst of this crisis, Colm solicits sex from a young man called Jay. This encounter and his growing infatuation has a deep effect on Colm. He finds a comfort in Jay that no one else can provide.

Filippo Meneghetti’s deft debut feature is a tenderhearted love story with stand-out performances from veterans Barbara Sukowa and Martine Chevalier. Nina (Sukowa) and Mado (Chevalier) are neighbours and the best of friends. They have also been lovers for years. Now they have big plans to sell up, leave France and move to Rome. The long widowed Mado just has to finally tell her daughter Anne (Lea Drucker) the truth about their relationship. When Mado’s health fails, Nina is shut out of her life and must fight for a hidden love that means everything to her.

For the full festival lineup and to purchase tickets visit glasgowfilm.org