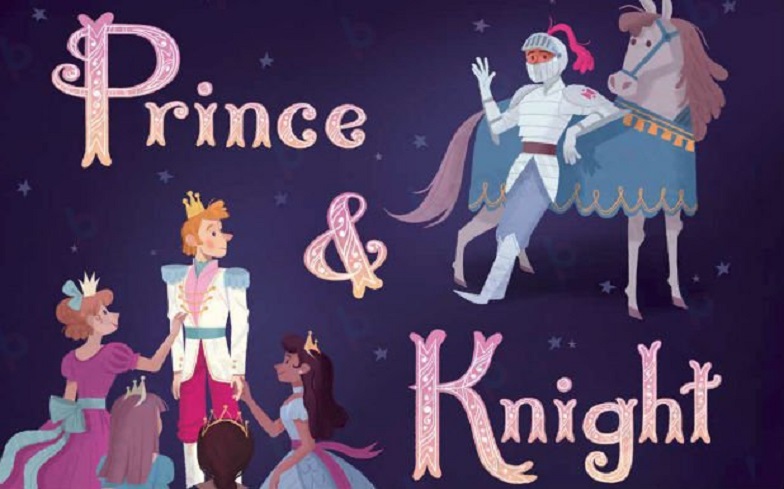 This year we’ve already been treated to a small amount of LGBTQ-inclusive fairytales, including Promised Land and more recently The Prince and the Frog.

And 20-gay-teen is set to make children’s books even more inclusive as GLAAD have announced that they’ve teamed up with Bonnier Publishing USA to publish at least four LGBTQ-inclusive books aimed at children every year.

The first book in the series, Prince & Knight was released earlier this month. The book tells the tale of a prince who is seeking a bride, but he is unable to find what he is looking for in several princesses. While he is away, his kingdom is attacked by a dragon, and so the prince heads back where he meets with a knight, who he falls in love with, and later marries.

The book was written by Daniel Haack and illustrated by Steve Lewis. Speaking to Freedom for All Americans, Haack said: “I work in children’s media, and I really saw that there was such a dearth of any LGBTQ representation anywhere in the space.

“There are so many kids today that aren’t seeing their own families or friends’ families represented in any of the books they read or shows they watch and I wanted to tell a story that showed LGBTQ people as heroes and love interests and do it in a way that was really both kid-friendly and universal.”

Haack added: “It was especially important for me to show a same-sex romance between two human characters and prove that it can be done in a way that is accessible to kids.”

Related: This children’s book about gay Pride should be in every school

The next book in the series, Jack (Not Jackie) is set to release in October later this year. This book will be written by Erica Silverman and illustrated by Holly Hatam. The book deals with Susan who has to learn to accept that her younger sibling identifies as Jack and not Jackie.

“With that growth comes the responsibility to produce meaningful, socially conscience books for every reader. We’re proud to be partnering with GLAAD to authentically and accurately tell LGBTQ stories, and do our part to make classrooms, bookstores, and even the playground a more inclusive environment.”

Publisher Sonali Fry added: “Children need to identify with the characters they’re reading about. The importance of children recognizing themselves, their family, and their friends in media cannot be overstated. We strive to create stories that not only empower, but ensure that no child feels invisible.”

The President and CEO of GLAAD, Sarah Kate Ellis said: “GLAAD is committed to advancing positive representation of LGBTQ lives, experiences, and stories at every stage of our lives, and books are a natural progression to encourage awareness, kindness, and acceptance at an early age.

“It’s so important that my two kids and others like them see their families reflected in the media. Our partnership with Bonnier Publishing USA represents an important step in our firm commitment to reach a day when all diverse families are included and accepted.”