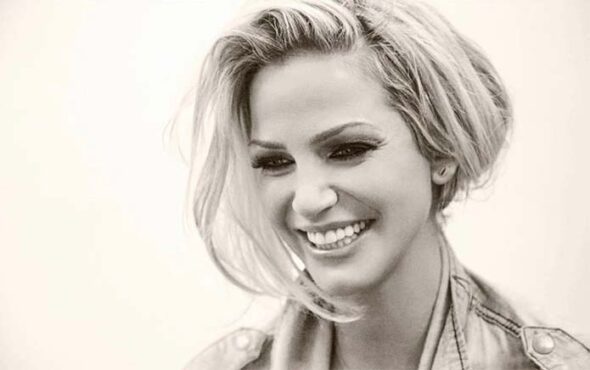 Sarah Harding tragically passed away at the age of 39 on 5 September after publicly sharing her battle with breast cancer last year.

Her former Girls Aloud bandmates have all shared heartfelt messages to the late star, whose death was announced by her mother in an Instagram post.

“Although we knew this day would arrive I am somehow still feeling at a loss for words that our stunning, unique, crazy, quirky, kind and soft hearted girl has departed,” Cheryl wrote on Instagram alongside a picture of Sarah. “As I try to navigate my way through these painfully strange and horribly unfamiliar waves of disbelief & finality I am experiencing, I wanted to extend my condolences to all of our GA fans.”

Cheryl went on to thank the fans for being there for Sarah during the hardest time of her life.

Cheryl continued: “We were like an extended family for so long and we know so many of you by name. I wanted to make sure you knew just how much your love and continued support meant to Sarah through her most vulnerable times.

“She was so grateful and you really lifted her spirits when she needed you most. I also realise so many will be deeply affected by the circumstances of Sarah’s passing… I am sending you all so much love. love you Sarah… farewell.”

Also sharing a heartfelt post was Nadine, who said she is “devastated” at the news of Sarah’s passing.

“I am absolutely devastated,” Nadine wrote on social media. “I can’t think of words that could possibly express how I feel about this girl & what she means to me!! I know so many of you will be feeling this way. For now I’m sending so much love to you!!!”

Girls Aloud first rose to fame following their formation on 2002’s Popstars: The Rivals, going on to spend a decade working together before solidifying themselves as one of the most successful girl groups in British history.

Nicola shared images of her with Sarah, sending love to the “electric girl” she spent so many years growing close to.

“I’m absolutely devastated and I can’t accept that this day has come,” the star wrote. “My heart is aching and all day everything we went through together has raced round my mind.”

She continued: “Especially this last year since her diagnosis, as hard as the year has been, our new memories are strong in my heart. There are so many things to say and at first it felt too personal to put them here and then I remembered that there are so many other people grieving her too.

“A part of me or us isn’t here anymore and it’s unthinkable and painful and utterly cruel. She would have loved your messages today. Electric girl, you made us. You gave it everything and still with a smile.

“A white butterfly flew past my window this morning before I knew, it must have been you.”

Kimberley said her “heart is broken” over the loss of her friend and former bandmate, who shared that she will miss the singer’s “infectious laugh”.

Alongside images of the two, she wrote: “Beautiful Sarah this hurts so bad. To wake up and know that you are really gone is too much to bear.

“Hearing your infectious chuckle was one of my favourite things in the world. Your fire burned so bright and you loved, lived and laughed so hard. Sending love and strength to everyone who is grieving today. My heart is broken.”

The group disbanded following the conclusion of the Ten: The Hits Tour in 2013 after seeing several years of commercial success.

Only two of their singles failed to reach the top ten of the UK Official Charts, with Girls Aloud achieving four number ones during their time together and selling over 4.3 million singles and 4 million albums in the UK alone.

Earlier this year, Sarah revealed that she was unlikely to see another Christmas due to how advanced her cancer had become.

Since her passing, breast cancer charities have been sharing symptoms of the disease to encourage people to get diagnosed as early as possible if they are suffering from it.