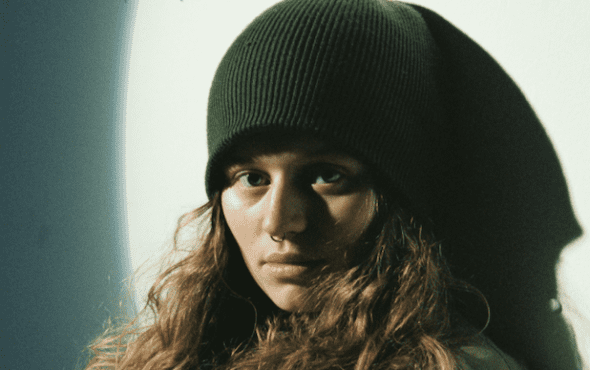 Girl In Red has unveiled details about her debut album If I Could Make It Go Quiet.

Marie Ulven aka Girl In Red is back with a double whammy. Not only are fans getting the lowdown on the new record, but a brilliant new single too.

The album, If I Could Make It Go Quiet, was self-written and co-produced by the artist.

Speaking on the upcoming album, Marie gave insight into what makes the record so special.

“If I Could Make It Go Quiet is an attempt to learn what it’s like to be human; to deal with the scariest parts of myself; to live with the pain of knowing I’m only flesh and bones,” she says.

“To be angry, broken and unforgiving yet still able to wear my heart on my sleeve; I’m shedding light on the darkest parts of my mind and I’m letting everyone in; if I could make it go quiet is me simply trying to understand what the fuck is going on,” she adds.

Last year, the artist released Rue; a song that broaches the struggles surrounding mental health and how Marie’s mental space impacted those that she loved.

“I wrote this song for my loved ones who are affected by my mental health. I will always try my best to get better for them, and I am forever grateful for their presence in my life,” she explains.

Girl In Red’s more recent self-aware single is Serotonin – a funky, upbeat, guitar-laden banger that truly had us feeling nostalgic for a festival-filled summer.

A strong album opener, Serotonin is a song you’ll have stuck in your head for days.

The 22-year-old collaborated with FINNEAS for the energetic track. Speaking on the single, FINNEAS called the release “one of the coolest songs I’ve ever heard”.

Girl In Red’s debut album, If I Could Make It Go Quiet, is out on April 30.

MY DEBUT ALBUM ‘if i could make it go quiet’ COMES OUT APRIL 30TH.
NEW SONG PRODUCED BY @finneas ME AND @MatiasTellez COMES OUT WEDNESDAY. MARCH 3RD 7AM PST / 10AM EST. pic.twitter.com/g4gJwwdECZ

You can listen to Seratonin here or below:

Related: Girl in Red’s big quarantine interview: “I just want to go out and have a f**king beer”