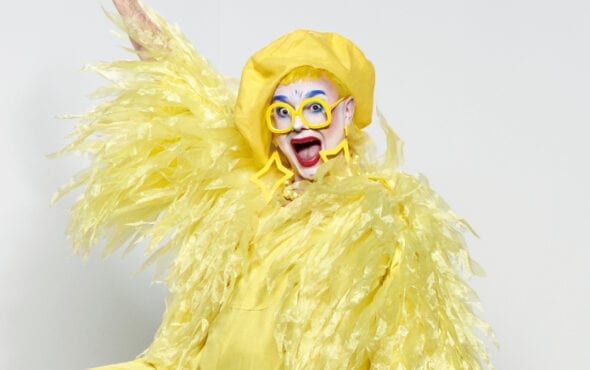 “You think I’m just saying this for the press babes, but you will not believe…”

Ginny Lemon has revealed the impact of the coronavirus on the second season of RuPaul’s Drag Race UK.

Last year, production on the sophomore season came to an abrupt halt after four episodes due to concerns over the pandemic, and filming didn’t resume until seven – we repeat, seven – months later.

During our conversation with the cast for our exclusive digital cover, Ginny said the drama of the show’s first season will “pale in comparison” due to the impact COVID had on filming.

“The absolute shenanigans, the madness! You think I’m just saying this for the press babes, but you will not believe… You know that it halted?” the Worcestershire-born performer told GAY TIMES.

“Could you imagine the madness all of us go back with that mindset? Can you imagine what that’s done to everyone? You think we were tense and mad at the beginning?”

Ginny went on to say: “Wait till you see after that, the seven months mental breakdown! I can honestly say this is going to be one of the most dramatic seasons ever.”

The star continued to praise the UK version of the Emmy-winning series, saying the spin-off is “where it’s at now” because the most recent iterations of the US original have become “a bit dull”.

Elsewhere in our interview, Ginny said that she wants viewers to “step inside the madness” of her drag, and that she’s not just a “goofball” like her persona suggests.

She told us: “I am actually an artist, a drag infiltrator and a drag troll, so I’m really excited for people to look at my work as an artist and look at my singer-songwriter career.”