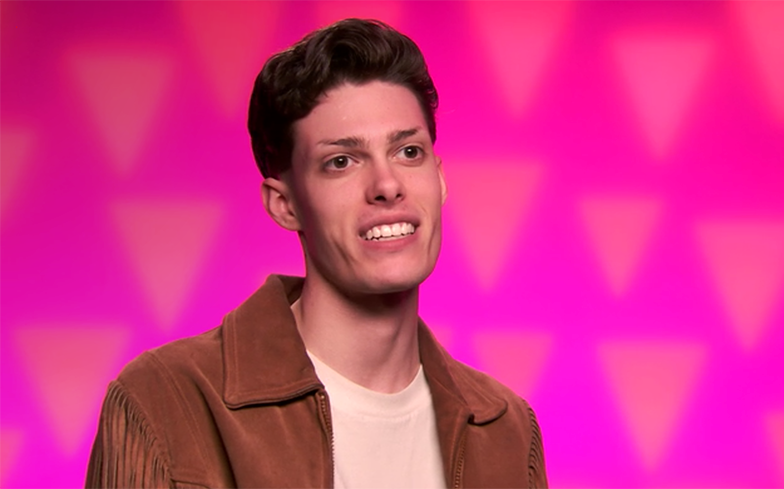 Gigi Goode opened up about her gender identity on this week’s episode of RuPaul’s Drag Race.

For this week’s maxi-challenge, the 10 remaining contestants played… the Snatch Game! Like previous years, the queens tapped into their charisma, uniqueness, nerve and talent to deliver their finest celebrity impersonations.

After slaying the challenge as Maria the Robot – and proving she’s not just a “lewk queen” – Gigi Goode told her fellow contestant Jaida Essence Hall that embodying the android was a struggle because she ‘relies heavily’ on looking feminine.

As they prepared for the Frozen-inspired runway, Gigi revealed: “I’ve kind of always teetered between male and female throughout my whole life. I think I really always carry some sense of female and male, even when I’m in non-drag.”

In her confessional, she explained further: “Growing up, I’ve always been interested in feminine things. I wanted to wear dresses to school. I’ve always thought there was no point to putting a label on anything in regards to gender.

Gigi then credited her liberal mother with shaping her into the drag queen she is today, as well as her gay uncle, who was the first person to introduce her to “gay culture and the LGBTQIA community” – and Mama Ru herself.

She added: “He is a big reason why I am so comfortable with who I am.”

Gigi’s performance as Maria the Robot earned the queen unanimous praise from the judging panel for thinking outside of the box and for her back-and-forth with RuPaul, landing her second challenge win of the season.

Aiden and Brita subsequently found themselves in the bottom two. After delivering an explosive lip sync to a cover of Idina Menzel’s classic Let It Go, Brita emerged triumphant and Aiden became the fourth queen to sashay away.

All six episodes of RuPaul’s Drag Race season 12 are available to stream now on Netflix UK, while Drag Race Untucked can be watched on WOW Presents or Hulu in the United States.

Unfortunately, it won’t be available to stream in the UK until later this year. A representative for Netflix said: “It’s looking like Untucked will arrive all at once at the end of the season – sorry! We’ll keep you updated if that changes.”