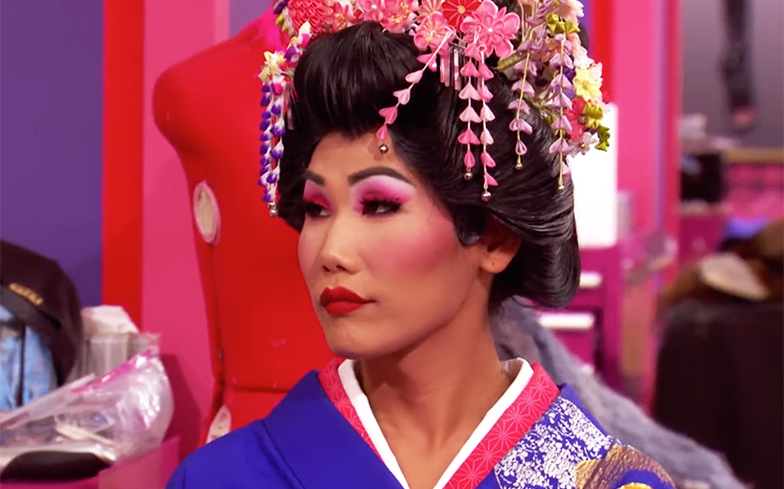 “I hope we can talk things out because I’m sure that she’ll get the chop soon.”

Gia Gunn has revealed that she had a “big falling out” with her fellow Drag Race All Stars 4 queen, Farrah Moan.

Monique, Monét X Change, Farrah Moan and Naomi Smalls will perform Everybody Say Love, while Trinity, Gia, Manila Luzon, Latrice Royale and Valentina are tasked with Don’t Funk It Up.

As Trinity’s team write their lyrics, Gia confesses: “I was just so nervous that me and Farrah were gonna be in the same group. I don’t know if you all know this, but me and Farrah had a big falling out a couple months ago.

“At one point, I considered Farrah to be a close friend, but she tried to go about patching up a relationship between me and another person in an inappropriate way.”

She continues: “And while I’m at work, I showed up drunk and I kinda let her have it, and the other girl have it at the same time.

“I texted her, and she just didn’t respond to me, so seeing her walk into this werk room, I was a little gagged, because I did cherish our friendship but she kinda fucked it up.”

Gia then shadily admits to Trinity: “And bitch, I was kinda hoping that you were gonna vote her off…”

Manila advises Gia to patch up their relationship, but Gia explains in her confessional: “I don’t know if All Stars is the best place to be focused on our unfinished business.

“But I hope we can talk things out because I’m sure that she’ll get the chop soon.”

Watch the preview for the second episode of Drag Race All Stars 4 here. It will premiere this Friday on VH1.

Related: Drag Race fans can’t believe this scene from All Stars 4 was cut.