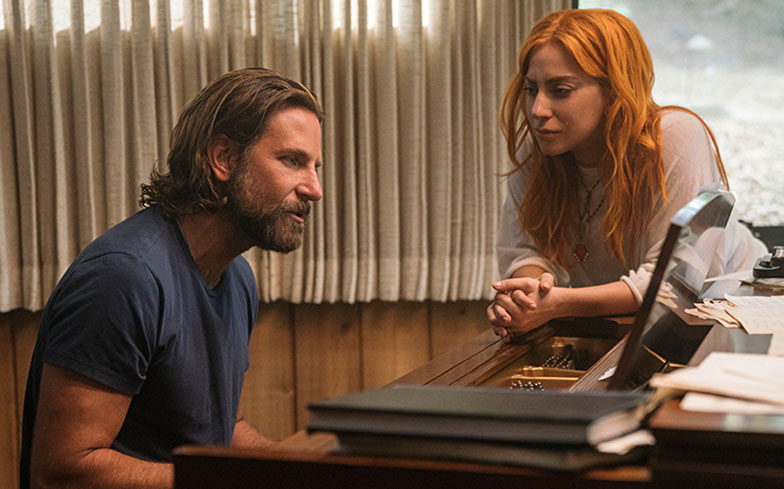 A Star Is Born looks set to be the musical event of the year.

Pop icon Lady Gaga will make her big screen debut next month in A Star Is Born, a re-re-remake which follows ageing musician Jackson Maine (Bradley Cooper) as he discovers struggling artist Ally Rose (Gaga) and nurtures her into a star.

While we can’t wait to finally see one of our favourite pop stars on the big screen, the most exciting aspects of the film is the official soundtrack, which features original music written by the co-stars alongside a host of big-name collaborators.

Ahead of the film’s release on 3 October, Warner Bros. have released a two-part behind-the-scenes special called Creating The Sound which gives fans a deeper insight into the music performed by both lead stars.

The first part sees Gaga and co-star Bradley join producers and songwriters Mark Ronson and Lukas Nelson to discuss the music creating process for Ally’s character, and features an extended look at Gaga’s performance of Shallow.

“When I was writing music for the film, I had think about Ally as if she wasn’t me, which I’ve never done before,” Gaga says in the behind-the-scenes video.

“So I went with a sound for her, even in the pop realm, that’s unlike anything I’ve ever put out before.”

The second part focuses on Bradley’s character Jackson Maine, and features previously unseen footage of him performing music and working on his voice to prepare for the film.

“Just watching you become a musician, it’s been a pleasure,” Gaga says to Bradley in the clip.

A Star Is Born is out in UK cinemas on 3 October.