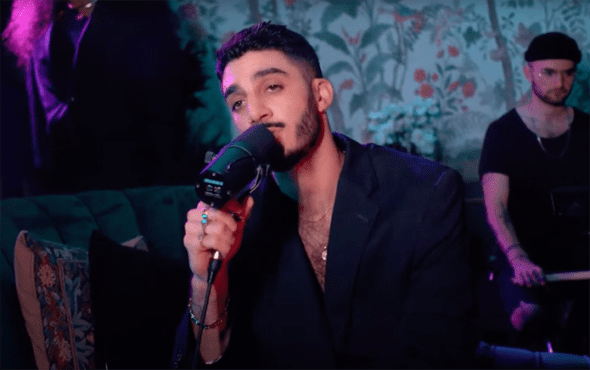 Singer-songwriter and producer GESS has released a new stripped-down version of his pop-banger single Clouds.

GESS and his team did not stop producing and entertaining their fans, even during a global pandemic. The video clip of Digital Romance, which featured the LGBTQ+ community from all over the world, gathered in self-isolation, is a pure example of this creativity and inclusivity.

The new intimate video of Clouds – which was shot by director and videographer Shawn Adeli in downtown Los Angeles – gave GESS and his collaborators a welcome break from all the time spent cooped up in their homes over the US lockdown.

“I’ve been spending a lot of time working on my voice since COVID started, I strive to have the tone and control of Sabrina Claudios or H.E.R. for example,” says the star. “I’m embracing my sound in a new way lately and this felt like the perfect project to kick off that era.”

The song and the video present a new unplugged style for the singer, different from the R&B and pop tracks that previously shaped the style of the artist.

“I wanted to take a break from the synth-laden r&b/pop tracks I’ve been churning out over the last year and showcase my voice in a new way,” he added.

The video features the melodic voice of GESS alongside the background voices of Jushua and Taylor Gordon, the drum beats of Andre Mohring, the piano notes by Boy Untitled, and guitar by Dave Wolfberg.

While you’re here, do not miss the video clip of Digital Romance shot in self-isolation.