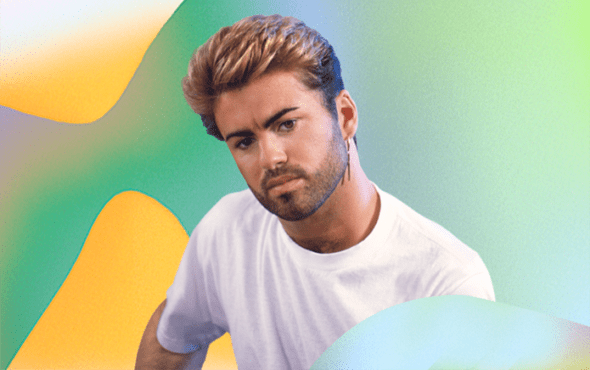 George Michael’s incredible back catalogue has been made available in Spatial Audio for the first time, and is available to stream on Apple Music now.

To celebrate the release, Apple Music collated a group of LGBTQ+ artists to reinterpret some of the pop icon’s most famous songs for their George Michael Covered playlist.

To listen to George Michael Covered, you can stream it in Spatial Audio on Apple Music here.

Years & Years’ Olly Alexander has recorded a cover of Outside, while MNEK takes on the iconic Fast Love.

“One of the things I love most about George Michael was his ability to own his narrative,” says Olly. “He was a huge, huge star.

“I’m sure he struggled with some of the attention and issues that come with worldwide fame, and he still remained so iconic, so true to who he was. He still had fun with it.

“He was always trying new things and taking risks and unashamedly himself. And I take so much inspiration from that … He got arrested in 1998—I think the terminology is ‘soliciting a police officer in a public toilet’—then goes and writes a song about it. And it’s such a banger. Wow!

“I just think it’s so incredible for him to just own that narrative and really go, ‘Yeah, I like to have sex outside.’ And it’s such a bop.”

MNEK adds: “What made George so special was just his ear. He’s always been an incredible songwriter. I don’t think anyone ever really realised that he was writing and producing his material all himself—and he was a genius.

“There was no one who made music quite like him … I loved [the album] Older. And to me, George is just the epitome of the white man who can really just turn it and be respectful of him being a guest in R&B and dance and electronica and Black music, which he was clearly a fan of and just really good at.”

Former GAY TIMES and Apple Music Elevate artist, Tiana Major9, says: “My concern was to just nail it. I chose to do Careless Whisper because I wanted to do my own take on a classic.

“I wanted to pay homage to an icon—but I would say my main concern when it came to recording Careless Whisper was to nail it, honestly. Just nail it.

“I wanted to make sure that it still felt like a song that I could sing today without it being a cover. I wanted to do it in my own way.”

George Michael Uncovered, as well as his classic albums, is now available to stream in Spatial Audio on Apple Music.

To celebrate the release, GAY TIMES and Apple Music will host a special Pride party on the rooftop of The Standard in London with LGBTQ+ guests and talent in attendance.

The event will feature DJ sets and performances from ABSOLUTE, Nimmo and Sue Veneers Club.