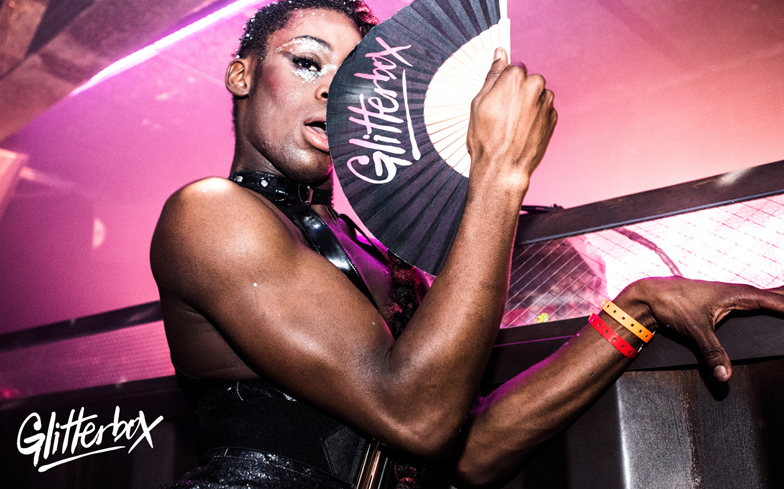 With Pride season in full swing, Gay Times is proud to bring you a calendar of events we’re hosting in collaboration with a number of our fabulous partners.

From a Drag Race Ball to screenings of some of the best LGBTQ movies, and some of the brightest queer literary talent, to our biggest Pride party ever, we’ve got a packed itinerary of gay brilliance.

Check out all of the events Gay Times has got coming up for Pride season below, and click the links for further information and to book your tickets.

In collaboration with Everyman’s Summer Of Love series, Gay Times is presenting a selection of LGBTQ movie screenings – completely free! Up first is 120BPM, which takes a look at life in Paris during the height of the AIDS crisis.

Oh honey are you ready for the big, juicy finish to season 10 of RuPaul’s Drag Race? It’s all led to this, and we’re going out with a bang.

In celebration of the finale, we’re taking things to the max. Not only will we be screening the finale episode THE DAY IT COMES OUT, but we’ll also be throwing a huge blowout afterparty in the incredible ballroom at The Curtain in Shoreditch, London to laugh, cry and dance through the night as season 10 sashays away. There’ll be DJs, performances, drag queens and good vibes all night long.

Get ready to see some of the best voguing techniques from the real kweens of London, complete with bursts of glitter and confetti. As the DJ brings the beat, the chefs will prepare guests an enticing brunch tasting menu, with a vegetarian option available.

Chappy will be inviting some of London’s most eligible bachelors, so gather your friends and join the party.

Penguin Pride in partnership with Gay Times and Paradise London LIVE comes to London this summer with an awe-inspiring line-up of LGBTQ+ writers, poets, musicians and activists to celebrate the city’s incredible diversity.

Hosted at Cargo in Shoreditch by award-winning poet and playwright Toby Campion, this multi-arts festival-style event will showcase some of the UK’s most prolific queer authors alongside award-winning poets, writers and musicians in what promises to be a truly inspiring evening of queer talent.

Names on the bill include award-winning poets Jay Bernard and Dizraeli, lauded writer,journalist and ex-Attitude editor Matthew Todd and iTunes UK #1 musician Kal Lavelle to name but a few.

£1 per ticket sold will go towards the great work of The Albert Kennedy Trust, a national LGBTQ youth homelessness charity.

THURSDAY, 5 JULY: Call Me By Your Name – Free screening at Everyman Cinema – SOLD OUT

In collaboration with Everyman’s Summer Of Love series, Gay Times is presenting a selection of LGBTQ movie screenings – completely free! Next we’ll be watching Call Me By Your Name – the gay summer romance flick that left us all feeling… peachy.

FRIDAY, 6 JULY: Queer Me Out at the W London – SOLD OUT

For this intimate Pride event, Sink The Pink organiser Glyn Fussell will moderate a panel discussion of the current success stories and challenges that face LGBTQ nightlife in London, and across the world.

Gay Times US Commissioning Editor and Daddy Issues creator Oly Innes will be part of the panel, along with DJ and i-D’s Culture Correspondent Princess Julia, and award-winning journalist and human rights campaigner, Paris Lees.

SATURDAY, 7 JULY: When Love Takes Over Pride Party with Glitterbox and Gay Times

It’s going to be our biggest Pride party EVER! W London invites you to celebrate When Love Takes Over for the official Glitterbox Pride party in partnership with Gay Times.

Sashay and stride during London’s iconic Pride into a glitter-littered extravaganza where Kings meet Queens all in the name of universal love. Bringing their distinctive mix of vibrant, disco-ball-dazzling, hyper-fun to The Perception at W London

With the most coveted DJ line-up in town, including Melvo Baptiste, Sophie Lloyd, and Hifi Sean – get on the list, raise the roof and join the ultimate party of Pride season.

In collaboration with Everyman’s Summer Of Love series, Gay Times is presenting a selection of LGBTQ movie screenings – completely free! Finally, Moonlight – the Oscar-winning epic that traces a queer man of colour in various stages of life as he comes to terms with his sexuality.