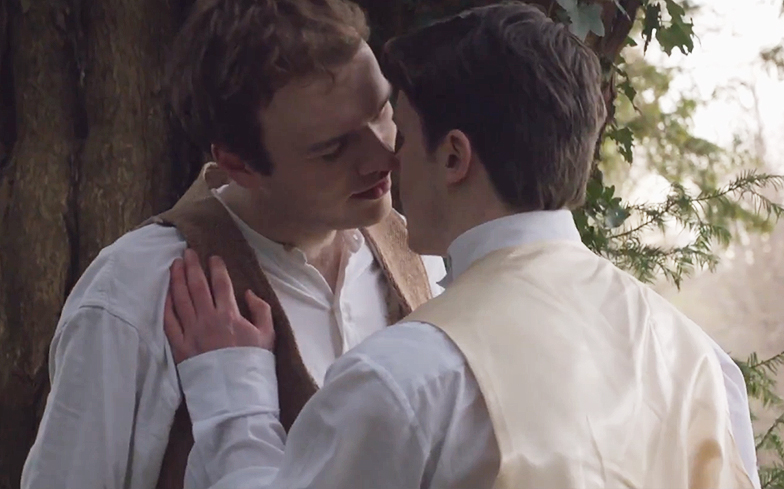 The short film follows the story of Sean (Kevin O’Malley), a young labourer appointed to the grounds of Falgirth, a manor in 19th century Ireland, who embarks on a passionate affair with the Master of the House, Thomas Croydon (Craig Granger).

While Thomas prepares for his debut piano performance, Sean’s ailing mother back home and the power imbalance that exists between the couple threatens to tear them apart – culminating in a tragic finale worthy of Shakespeare.

Directed by Eoghan McQuinn and produced by Caroline Kealy, the short film explores the struggles of being gay in the 1800s and brings a much-needed edge to the heavily-saturated period drama genre.

“Staccato digs deep into the psyches of two men from very different worlds who must navigate the waters of infatuation, all the while struggling to come to terms with what’s expected in the roles society has set for them,” explain the film’s creators.

You can watch Staccato in full below.