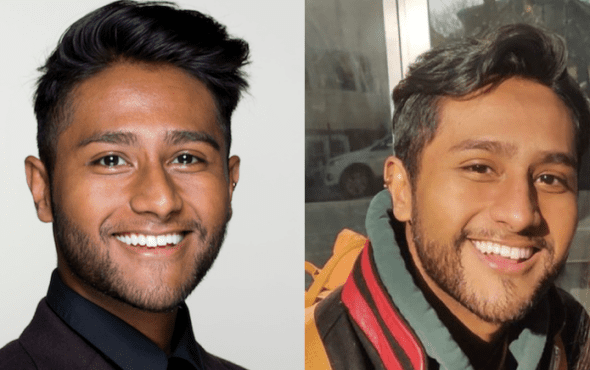 Suraj Mahadeva, a 26 year-old Filipino and Sri Lankan man, was shot in the head outside his friend’s Palmer Square home.

On December 11th, Mahadeva was tragically killed in the early hours of the morning.

The Chicago Police Department has not issued any information on a potential suspect or additional news on who the suspect could be.

A memorial was held for the 26 year-old on December 16. Over 100 people attended the memorial to pay tribute to Mahadeva at the Halsted LGBTQ Community Center in Chicago.

Mahadeva – whose name means “Rising Sun” – was described by a friend as a “beautiful, brilliant person” and “effervescent”.

“Suraj Mahadeva lost his life as the result of a shooting in Palmer Square, Chicago. I really can’t stress this enough, but Suraj was one of the best people I knew.

A GoFundMe page has been set up in Mahadeva’s honour by his cousin Anika Mahadeva and friend Christina Buckler.

“He cherished his family and friends, and showed his love by cooking to nourish their mind and body. He really cared about helping others and it showed in his work and passions. Suraj was a dedicated medical clinician at a dermatology office in which he was aspiring to become a physician’s assistant.

“He was passionate about his Sri Lankan and Filipino cultural heritage and was an active member in both the Asian and LGBTQ community,” the page reads.

The Asian Americans Advancing Justice (AAAJ) organization of Chicago released a statement memorialising Mahadeva’s death and supporting in sharing a positive image of the volunteer.

The organisation confirmed the 26-year-old helped advocate for “our collective liberation over the past 2 years.”

“We are deeply saddened by the tragic loss of another member of the Asian American community,” the AAAJ said in a statement.

“Suraj had his whole life ahead of him and we are heartbroken that his life was cut short. Suraj was an active member of queer, Filipinx, and South Asian communities across Chicago and the Midwest.”

J. Saxon-Maldonado, a close friend of Mahadeva’s spoke to WGN News about the tragic attack: “[Suraj] was magnificent and wonderful, and so bright and beautiful and that their lives were forever touched by his presence in it.

Aldana, a college friend, shared her memories of Mahadeva with Block Club Chicago: “When we reconnected, I was at a time in my life when I was trying to understand my queerness for me.

“He cooked me dinner in his apartment, and he made fried fish — Filipino-style — [when] I was in such a sad state. I don’t think he knew at the time, but that meal meant so much to me because I felt so seen by someone else who understood the things I was thinking about and going through and understood that having some sense of home and stability is so important, especially for queer people.”

The GoFundMe page set up to honour the memory of Mahadeva has made over $27,000 in the last four days. Further donations can be made here.