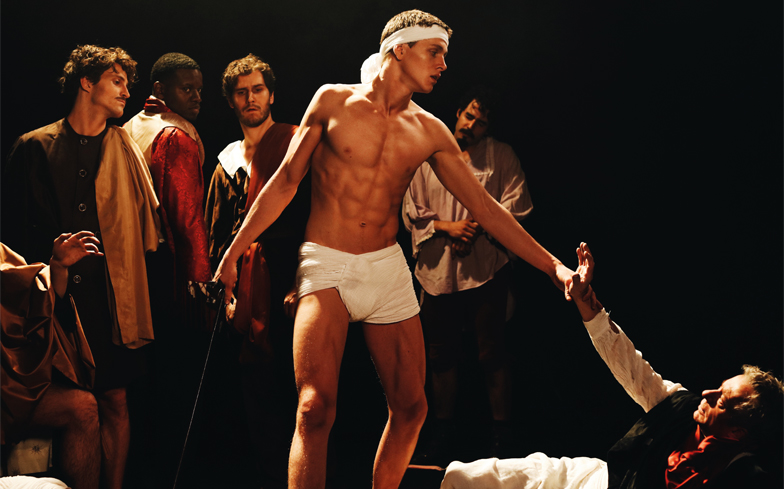 Steve McClean’s long-awaited follow-up to his 1994 movie Postcards From America will receive its European premiere in London next month.

The sequel – titled Postcards From London – will star Beach Rats actor Harris Dickinson and will close the 32nd BFI Flare film festival at the BFI Southbank on 31 March.

The drama follows the journey of Essex boy Jim who escapes the small town he grew up in to a new life in London.

However, when he’s left penniless and homeless on the streets of Soho, he’s convinced by another kid on the streets to join a coterie of high class male escorts whose unique selling point is their encyclopaedic knowledge of the arts.

A synopsis adds: “This morality tale manages to be both a beautifully shot homage to the spirit of Derek Jarman and a celebration of the homo-erotic in Baroque art.”

Meanwhile, Tali Shalom-Ezer’s My Days Of Mercy will open the festival on 21 March. “This is bold and provocative filmmaking, featuring captivating performances from both Kate Mara and Ellen Page, the latter of whom continues to show such inspiring commitment to telling LGBT stories on screen.”

“We’re seeing a true strength in depth of talent in the UK and it’s a real thrill to see this in action with our Closing Night film, Steve McLean’s stylish and witty Postcards from London, a love song to European queer art and culture.”

The full list of films will be announced on 21 February.