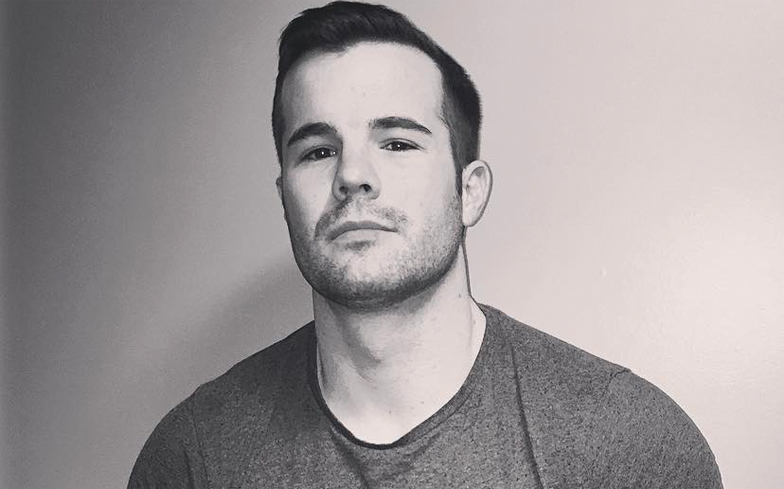 The openly gay athlete appeared on a homophobic meme.

The section next to Dunn’s picture says the gay men to be respected are those who:

Meanwhile, the gay men to be shunned are those who:

One of the people who initially saw the meme, which was shared by a gay man, called it an “absolute fucking catastrophe” adding that “Internalised homophobia is a disease.”

Someone (a gay man, no less) just shared this absolute fucking catastrophe on my Facebook feed and I hit delete so fast and hard I almost smashed my phone screen.

As the meme went viral, Simon Dunn saw it and responded. Writing on Twitter, the former bobsledder and rugby player said: “Don’t use my image for your internalized homophobia.

“Don’t make assumptions on the kind of gay man I am or the kind of gay men I associate with. I’ll always support those those who are true to themselves and be who they truly are. I will always be your biggest advocate!”

Speaking to GSN over the use of his image, he said: “[I’m] appalled at both the message behind it and the fact my face had been used. The message behind this image couldn’t be further from the truth.”

Dunn confirmed that he hadn’t given permission for his image to be used, saying: “Clearly whoever created it doesn’t have any idea of the person I am and what I stand for.

“I’ve spent the last several years being very public about my sexuality whilst I was an athlete and still continue to do so today.”

He added: “The gay community is notorious for not being our own allies. We need to learn to be more accepting of others within our community and stop idealizing a certain type whilst acting like anything else is lesser.

“If you think its ok to ‘not respect’ others, perhaps your respect isn’t something that people want anyway.”

Related: Gay comedian thinks there’s a difference between being gay and being homosexual