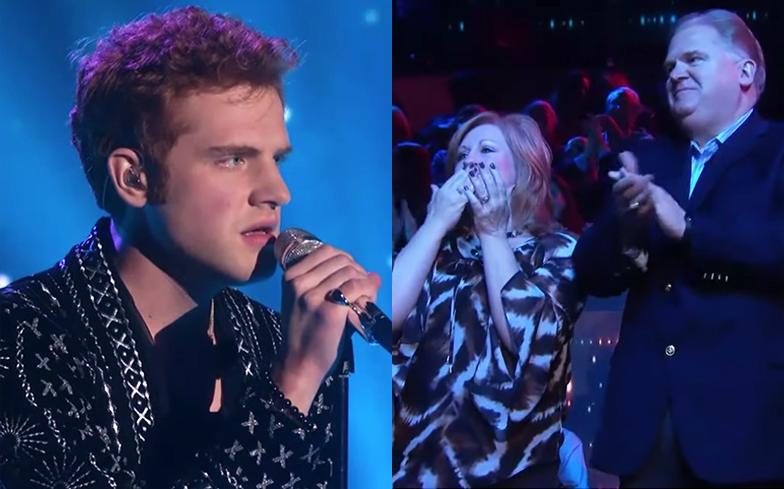 Jeremiah Lloyd Harmon has been wowing judges on the current season of the hit reality show, but his journey has been underpinned by the fact that his parents haven’t been able to come to terms with his sexuality.

But on Sunday night’s episode, Jeremiah finally got the chance to prove his talent to his parents as he gave an incredible, show-stopping performance of Queen’s Who Wants To Live Forever, getting a standing ovation from the judges.

“It was so beautiful seeing you perform in front of your parents for the first time,” said Katy Perry, praising him as he “embodied the spirit of Freddie Mercury” with his epic rendition of the classic track.

“It’s so wonderful to see your journey, to hear about it, and to see your parents really come out here and support you and accept you, and know that it’s a come-as-you-are situation,” she continued. “God bless all three of you.”

And his father, a pastor who’s struggled to accept his son’s sexuality, had praise for Jeremiah too. “That was very powerful,” he said after the performance. “I’m not very objective, [but] I think he’s the best one here.”

Watch the emotional performance below.

Earlier this season, Jeremiah and Katy bonded over their shared experiences coming from heavily religious families, as the singer revealed that her hit song I Kissed A Girl caused tension with her parents.

“Can you imagine, when my first single was I Kissed A Girl, how my parents reacted? It was difficult for me because I felt very alone in what was supposed to be a really exciting time in my life,” she said.

“It’s taken some time, but we’ve all come around to agree to disagree. I just wanna say from one pastor’s kid to another that I see you, I love you, and I accept you, and I am so proud of you.”

Related: Jorgie opens up about life after coming out as gay on American Idol