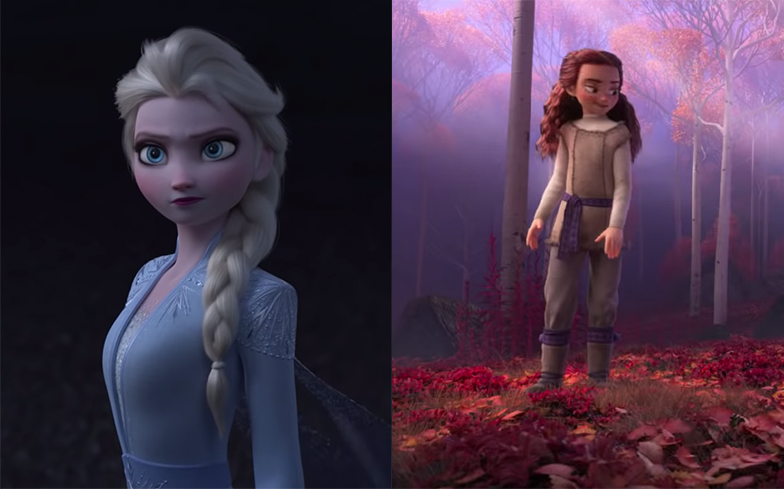 “If they give Elsa a girlfriend I promise I’ll never complain about anything else ever again.”

Is Elsa finally getting that girlfriend? Fans seem to think so. Yesterday, the first official trailer for Frozen 2 debuted and saw the return of several fan-favourite characters such as Elsa (obvs), Anna, Kristoff and Olaf.

We witnessed Elsa testing out her powers against the ocean, and her aforementioned sidekicks aiding her on a mysterious journey.

However, the moment in the trailer that has fans speculating the most is the appearance of a brand new female character, who is presumed to be voiced by Evan Rachel Wood.

The internet has gone into meltdown mode and come to the conclusion that the unnamed character is Elsa’s girlfriend, and we are totally here for it.

If they give Elsa a girlfriend I promise I’ll never complain about anything else ever again pic.twitter.com/GW1L6EAufD

you WILL say elsa’s girlfriend! pic.twitter.com/oKUfNKQFVu

#Frozen2 OMG THIS GIRL LOOKS LIKE MARISOL (the Elsa’s crush in the book “A Warm Welcome”) FUCK FUCK FUCK DISNEY IF YOU GIVE TO ELSA A GIRLFRIEND IM GONNA FUCKIN CRY pic.twitter.com/1JMf7vyk2q

Since 2016, fans have been campaigning for Elsa to have a same-sex romance ever since the #GiveElsaAGirlfriend hashtag went viral.

Even Idina Menzel gave her blessing: “I’m all for it. I think it’s a wonderful idea. It’s a wonderful conversation that we should all have about whether a Disney princess or queen could be gay.” She later added, “I can’t promise anybody that’s going to happen.”

“It means the world to us that we’re part of these conversations.” She added: “Where we’re going with it, we have tons of conversations about it, and we’re really conscientious about these things. For me … Elsa’s every day telling me where she needs to go, and she’ll continue to tell us.