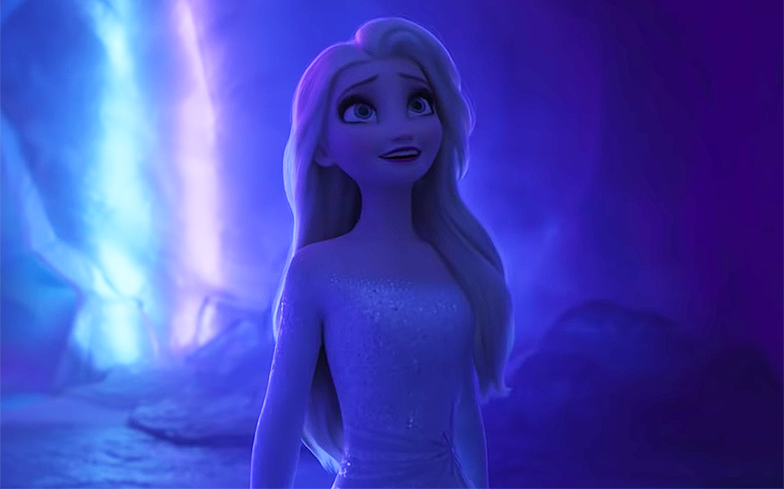 The new trailer for Frozen 2 has landed and gay Twitter are in meltdown mode.

Fans voiced how they’re “gay as f**k” and want Elsa’s hand in marriage because of her transformation in the teaser. Yes, ‘transformation’ is a bit of a reach but it’s the first time we’ve seen her with her hair down. Groundbreaking!

“Elsa’s hair needs to be this straight so there’s at least one thing thats straight about her,” joked one fan while another wrote: “I saw Frozen pre-coming out to myself and I just saw a pic of Elsa with her hair down. I CAN FINALLY SAY IT, I AM GAY FOR ELSA.”

Fans have been campaigning for Elsa to have a same-sex romance ever since the #GiveElsaAGirlfriend hashtag went viral. It sent the internet into a frenzy, with many petitioning on Disney to make Elsa a queer role model.

However, it looks like Elsa won’t be exploring her sexuality anytime soon. According to Frozen 2 songwriter Kristen Anderson-Lopez, the fan-favourite Disney princess slash superhero won’t have a romantic interest in the highly-anticipated sequel.

She explained further: “What we really wanted to tell was if you have these powers, how do you grow and change and find your place in the world and find answers that haven’t been found before?”

Elsa’s journey in the original film was refreshing because she didn’t depend on a man to complete her character arc, and we’re glad that will continue. However, we’re slightly disappointed that Elsa won’t be Disney’s first LGBTQ heroine.

Watch the brand new trailer for Frozen 2 below.