From Dolly Parton to NBC’s Smash: 10 questions with Megan Hilty 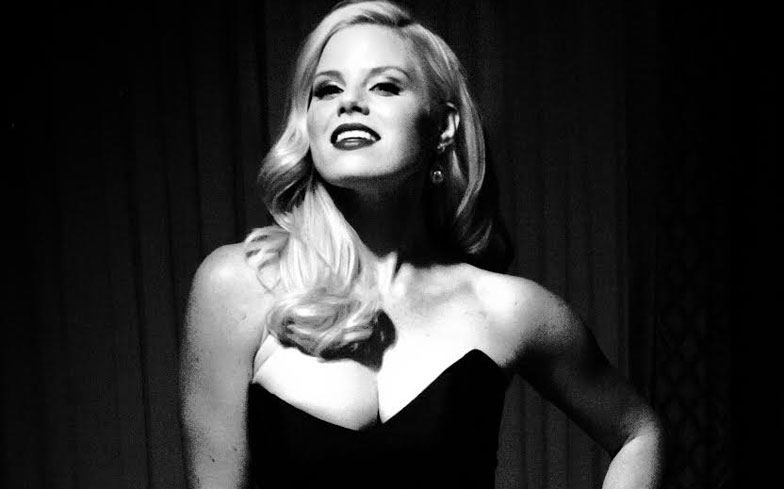 Listen up, London. The star of Wicked, Smash and 9 to 5: The Musical is comin’ for you with an exclusive concert this weekend.

Megan Hilty’s the Broadway bombshell that’s worked with some of the most successful women in the industry – and become a household name herself, too!

From her Broadway debut in Wicked alongside Idina Menzel, she’s worked with Dolly Parton on 9 to 5: The Musical and played fan-favourite Ivy Lynn in the NBC show Smash.

Ahead of her live concerts this weekend at Cadogan Hall, Megan talks the possible future of Smash, the overwhelming support she’s received from the LGBTQ community, how her work can hopefully support others, and what it was like to portray (and work alongside) some of the fiercest women in the industry.

You’ve had the chance to work with some incredible gay icons including Idina Menzel, Dolly Parton, Allison Janney, Bernadette Peters, and beyond. Were they as fierce as we’d hope?
That depends on your interpretation of fierce.  If it means being kind, supportive, generous human beings on top of being powerhouse performers, then they’re the fiercest women I’ve ever met!

We’re still crying over Smash ending so soon. If we said stage adaptation, you’d say..?
I’m still crying over it, too. Not a day goes by that I don’t miss that show and the incredible people I got to work with.  I’m asked daily  – I’m not kidding, every day – whether or not Bombshell is going to Broadway and it makes me so happy that there’s still – after all these years – a desire for it to continue in some capacity.

All jokes aside, the show displayed wonderful equality for all sexes and genders. How important is this level of visibility on screen, and stage?
It’s extremely important that everyone feels they are being represented in the stories that are being told, and this is something that Bob Greenblatt (NBC) does so well, particularly for the LGBTQ community.

The storylines on TV and in film aren’t just stories. If people don’t see themselves in what’s being produced, they start to feel like they don’t matter.  So it’s incredibly important that we keep telling stories that include and represent everyone. Pride Month is here throughout all of June. How important do you believe allies are to our collective success?
Without allies it seems there is no empathy, and without empathy how in the world can we expect change? I can’t imagine any kind of success without the support of people who recognise the struggle but aren’t necessarily experiencing it for themselves.

Has an LGBTQ person ever shared news of how you’ve helped shape their life, and their story?
Yes! It’s always deeply personal and it’s a wonderful reminder that we don’t ‘just sing and dance’ for a living, and that the work we do as performers can (and does) make a difference – many times in ways we could never imagine.

So we’re at an LGBTQ venue and it’s your turn on karaoke; what gay anthem are you belting out?
I’m really going to disappoint you but I hate karaoke. I’m absolutely no fun in this department.

Who is your LGBTQ hero, and why?
I have several, actually, and they all work at the LGBTQ Youth Centre in Los Angeles.  I recently took a tour of their facilities and spoke with some young aspiring performers and I was blown away by the amazing work they are doing there to support and care for these young people who so desperately need it.

Now you’re coming to London for a set of live concerts at Cadogan Hall. What can we all expect?
A lot of show tunes, a lot of Smash songs, and a very sparkly dress.

Are you ready to meet an all-new British audience?
Yes! I’ve been trying to work this out for years – seriously, years! I can’t wait for these shows.

And do you promise to spread a little of the rainbow love around?
Always.

More information on Megan’s London concerts can be found here.