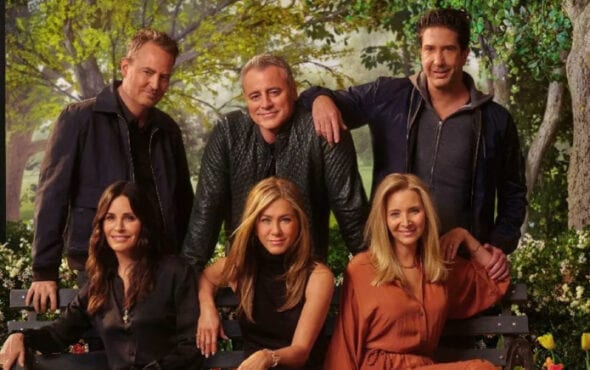 The highly-anticipated Friends reunion was censored in China due to the inclusion of LGBTQ+ content and pop icon Lady Gaga.

According to a report from the Hollywood Reporter, China’s top three streaming platforms – iQiyi, Tencent Video and Alibaba’s Youku – took out a segment that celebrated LGBTQ+ fans.

A queer fan named Ricardo made a brief appearance in the special and gave a heartfelt statement about the series.

“I was a gay man who wanted to have hair like Jennifer Aniston, so you can imagine how lonely I sometimes felt,” he said.

The entire moment was censored from the special due to China’s stances regarding the LGBTQ+ community and its appearance in media.

The three video platforms only included a brief part of the performance that featured Lisa Kudrow. The incredible duet and speech from Gaga were nixed entirely.

The Born This Way artist has been banned in China ever since she met with the Dalai Lama back in 2016.

Popular K-Pop group BTS and Justin Beiber were also cut from the project due to their previous controversies with the country.

This isn’t the first time that China has censored LGBTQ+ representation in media.

The country has banned numerous gay characters from appearing in television shows, and cut a gay kiss from Alien: Covenant. In 2018, Mango TV was banned from airing Eurovision after it cut Ireland’s performance from the Eurovision semi-finals because of two same-sex dancers.

Friends: The Reunion premiered on 27 May on HBO Max.

You can watch the full performance of Smelly Cat below!