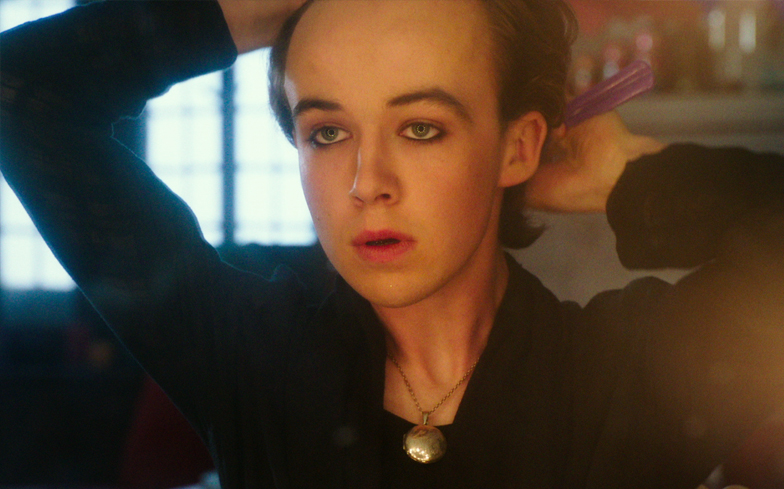 Freak Show – based on the cult novel by James St James – follows Billy Bloom, an eccentric teenager who faces intolerance and persecution at his ultra conservative high school.

As you can see in this exclusive on Gay Times, he isn’t going to let society dictate how he should express himself through fashion – especially when it comes to school uniform.

“When I first began to work on the movie, as a story about bullying it resonated with me on a deeply personal level,” Trudie Styler said. “I was bullied myself as a child and teenager, as my face bore the scars of being run down by a truck when I was only two years old. My own children also suffered from being bullied, especially my daughter Eliot who has only recently talked about what a hard time she had at school.

“The fact, bullying happens all the time – in families, at school, at work and on the internet.

“It’s an age-old problem, and the effects are more insidious than ever now with the immediacy and reach of social media.

Trudie added: “What we focus on in Freak Show is the very real and sometimes physical consequences of bullying in school. It’s a hugely prevalent and ordinary evil, all too often ignored and therefore condoned, leaving victims feeling isolated and vulnerable.

“Apart from the personal connection I initially felt with this story, it strikes me that at this moment in time, Freak Show has taken on a whole new level of relevance for us all. Racism, sexism, homophobia and xenophobia seem to have been given new credence, both in the US and in Europe, and as a result prejudice and hatred for ‘otherness’ will only thrive.”

Freak Show is out now in cinemas.