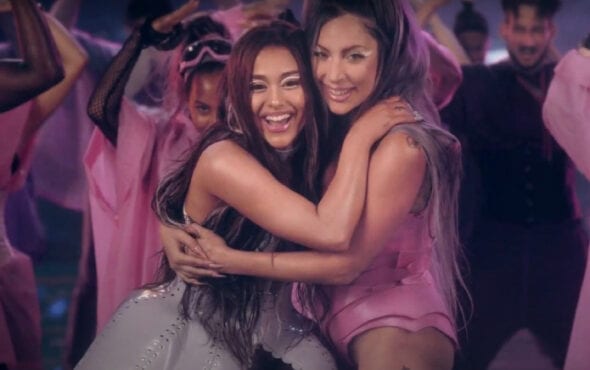 A Lady Gaga and Ariana Grande Fortnite crossover concert was reportedly in the works, according to leaked Fortnite information.

In the 94-page document, Epic Games were set to host multiple crossovers and celebrity collaborations.

The documents, which date back to June 2020, were released due to the ongoing lawsuit between Apple and Epic Games.

The document scheduled Grande and Gaga to hit the virtual in-game stage in October and December 2020 respectively. It is unknown whether these concerts will still take place.

Other plans for the Fortnite games included premier skins from Twitch streamers Grefg and Lazarbeam set for release in October and December 2020. These were later available in January and March of this year.

Plans for Metroid, LeBron James and Kill Bill crossovers were also included in the document.

Last year, Epic Games filed a lawsuit against Apple for “anti-competitive restraints and monopolistic practises.” The Fortnite developer claimed that the iPhone maker’s app policies were unfair to developers.

“Apple imposes unreasonable and unlawful restraints to completely monopolize both markets and prevent software developers from reaching the over one billion users of its mobile devices unless they go through a single store controlled by Apple, the App Store,” Epic said in the lawsuit.

Under Apple’s current policy the company takes home 30% of every in-app purchase.

“The fact that their business interests now lead them to push for a special arrangement does not change the fact that these guidelines create a level playing field for all developers and make the store safe for all users,” Apple said in response to the lawsuit.

The case will reportedly take place over the next three weeks.