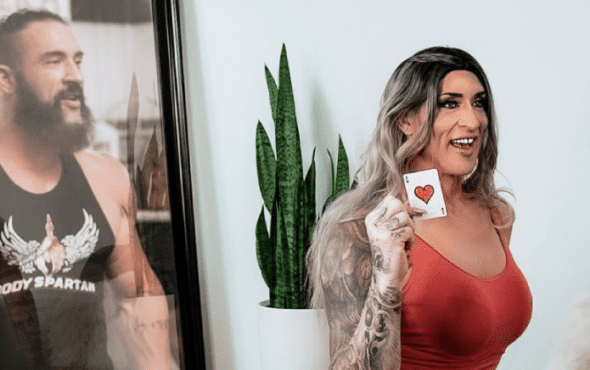 “I promise to always be transparent and truthful with my journey, and to be a light to those that are in need”

Former WWE star Gabbi Tuft has bravely come out as a transgender woman in an emotional post.

Taking to Instagram the 42-year-old star wrote: “The ball dropped early today as this is now worldwide news. This is me. Unashamed, unabashedly me.”

She continued: “This is the side of me that has hidden in the shadows, afraid and fearful of what the world would think; afraid of what my family, friends, and followers would say or do.”

“The previous eight months have been some of the darkest of my entire life. The emotional turmoil of being transgender and having to face the world has almost ended me on multiple occasions”, she continued.

Tuft went to say that once she stopped caring about the opinions of other people she truly accepted herself.

“I promise to always be transparent and truthful with my journey and to be a light to those that are in need”, she concluded.

In an interview with Extra, Tuft opened up about her wife Priscilla and how supportive she’s been through her coming out process.

“There was a lot of very difficult, traumatic emotion in trying to figure out how I was going to present myself to the world.

“Having Priscilla by my side as a huge support has changed that. And she’s been such a rock for me,” she says.

Since coming out the Wrestlemania star has received a massive amount of support from fans and fellow WWE wrestlers.

“The incredible outpouring of support from thousands of people I’ve never met is an illustration of just how much love there is in this world”, she wrote via Instagram