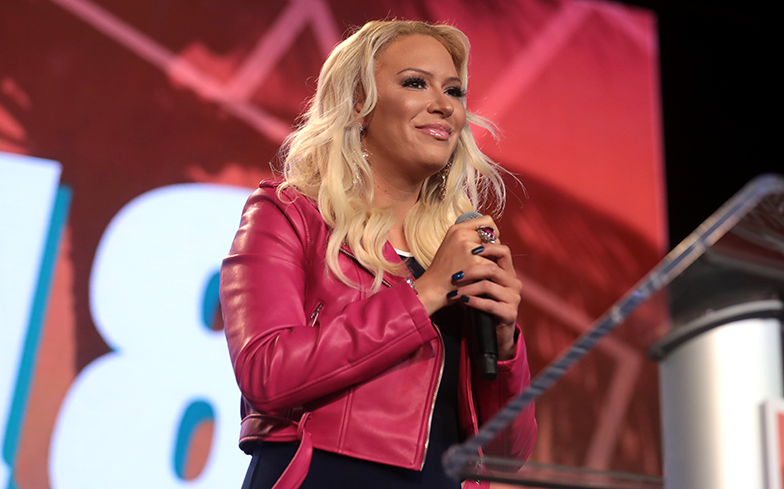 “I don’t want anyone telling me as a woman who can come into my bathroom.”

Former Pussycat Dolls singer Kaya Jones has been blasted on Twitter for posting a series of anti-trans tweets.

The 34-year-old Canadian-American performer, who left the girl group in 2004 before the release of their debut album, went on a rant on her social media page about gender-neutral bathrooms.

The tweet that received the most attention was captioned, “How would you feel about your child using this bathroom?’, which has received nearly 4000 retweets and 20,000 mentions.

A majority of the replies were negative and said they wouldn’t care at all if their children used a gender-neutral bathroom.

“Kaya, in Hungary they have shared changing rooms for the thermal baths,” said one user. “No one died, no one was abused or kidnapped, no one lost their minds and no one cared. There’s a cubicle isn’t there? Now get over yourself.”

“Certainly wouldn’t be comfortable if some lady was outside the bathroom literally filming on her phone with crazy zooms,” said another.

“Why is it controversial to say I don’t think women and men should share a public bathroom. Just curious. And how did we go from separate toilets to shared ones.

“I guess because I don’t agree with shared bathrooms I’m now a genderphob (sic).”

How would you feel about your child using this bathroom? pic.twitter.com/W9HSqDUzCx