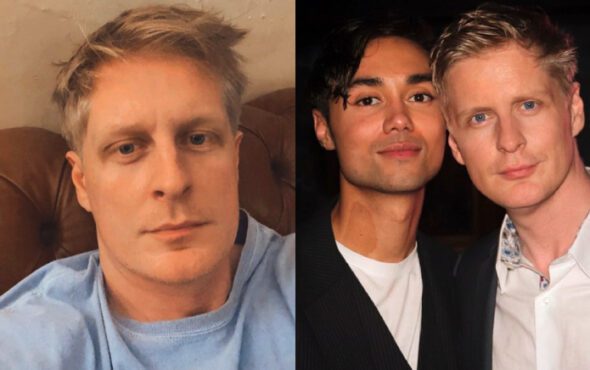 Former Hollyoaks star Gerard McCarthy has come out as non-binary in a social media post.

If you’re a fan of soap operas, then chances are you’ve heard of the long-running series Hollyoaks.

The show, which first premiered in 1995, follows the dramatic and scandalous lives of young adults in the titular village.

Over the years, an array of groundbreaking characters have been introduced within the series, including McCarthy’s queer and gender-fluid character Kris Fisher.

On 21 June, the acclaimed actor opened up about their own gender identity and sexuality in celebration of Pride Month.

“Since I was a child, my relationship with my own sexuality, gender identity and place in this world has always been a rollercoaster of a journey for me,” McCarthy said.

The Fall star, who uses they/them pronouns, went on to say that due to their uncertainty, they were constantly guarded to “avoid talking about it.”

“I’ve never spoken honestly about it because I’ve been worried about how other people might react and afraid of not having satisfactory answers to the questions that I’ll be asked,” they continued.

McCarthy then referenced their recent project Just Johnny and stated that writing and staring in the film influenced their exploration of their identity.

“I always felt like gender is used as another way to celebrate us, to put us into nice, little comforting boxes. It’s something I’ve never been comfortable with,” they explained.

“I like the term non-binary. It makes sense to me. Maybe if it existed when I was a teenager, I’d have been more comfortable in my own skin.

“My gender has never been anything other than a constant reminder of what society expects me to be, and I’m now at a stage in my life where I’m not going to pay attention to that anymore.”

McCarthy also opened up about their sexuality and revealed they had “intimate, long-term and loving relationships” with male and female-identifying people.

“The thing that attracted me to them was their energy, sense of humour, ambition, talent, intelligence and wit. Not their genitalia,” they added.

“Does that make me bisexual? Pansexual? I’m not sure. To be honest, I don’t really care.”

One fan wrote: “Regardless of how you feel or refer to yourself, or whoever you love, I think you’re lovely. Happy Pride friend!”

Another fan commented: “Mate! You never fail to inspire me. Love you.”