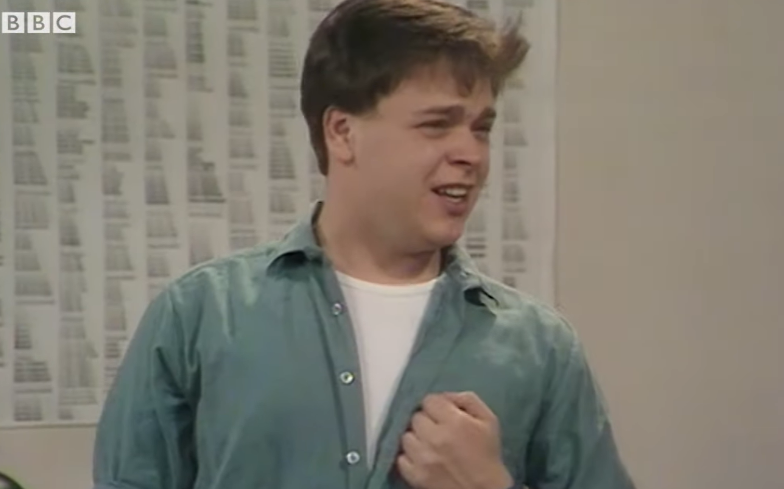 Gary Hailes said Section 28 led to the cutting of a gay storyline.

Former EastEnders star Gary Hailes, who played Barry Clark from 1986 to 1988, and made a guest appearance in 1989, has said that Section 28 led to the cutting of a gay storyline from the popular soap opera.

Their relationship ended in 1987, with Barry pretending to be straight in order to appease his homophobic father.

Appearing on the Distinct Nostalgia podcast, Gary spoke about how the legislation led to the cutting of the storyline, explaining: “Towards the end there were a number of storylines that were dropped.

“We built towards them and they were cut because of Section 28. The BBC found themselves in a difficult position. They had to be seen to be doing right by the law. There was stuff we shot of Barry coming out to his dad and the backlash.

“It got cut because it did not fit… within the realms of Clause 28, and they changed it and that helped put the brakes on what they could do with the characters.”

He added: “Like Romeo and Juliet they were not allowed to be together.”

Although Section 28 was still in place, EastEnders later continued broadcasting same-sex relationships, and in 1989, Colin had the first same-sex kiss with Guido Smith.

Section 28 was a harmful piece of legilsation passed by the government of Margaret Thatcher in 1988 and banned the ‘promotion’ of homosexuality as a ‘pretended family relationship’ in local authorities.

The legislation, which was repealed in Scotland in 2000 and the rest of the UK in 2003, led to the setting up of Stonewall in the UK, and has been well-documented in hampering the lives of LGBTQ children who grew up when it was in place.