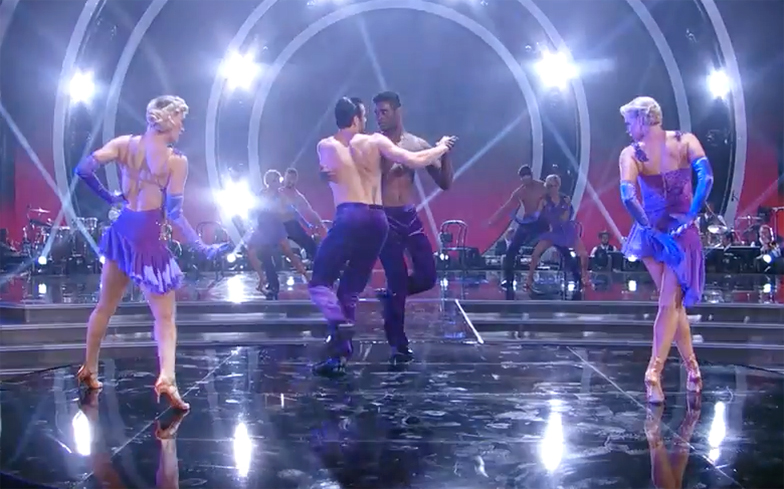 Dancing shows across the globe are getting more inclusive.

The Strictly Come Dancing format has been exported to numerous countries across the world, and some have recently started to become more inclusive. We’ve seen same-sex couples perform in countries like Italy, Australia and Denmark.

But other than professional routines, or one-off weeks, two of the largest versions of the show, the UK’s Strictly Come Dancing and the US’s Dancing with the Stars have failed to keep up with the times.

And now former Dancing with the Stars producer, Steven Price, has implored the US version to introduce same-sex couples during its 2020 series. Steven was a producer on the show from 2010 to 2018.

“You cannot condemn someone just because they love someone of the same sex. That is who they love – support it. As long as they are not hurting each other.”

When pressed on whether the move could make anti-LGBTQ viewers switch off, he added: “They are changing. They are being more open to it, because they are being introduced to it… love is love.

“The chemistry, all the same. Same sex, it just brings a different twist to it, because that [is] something that needs to be addressed and out there.”

In a ballroom performance dancers usually swap partners, but no one expected to see a shirtless Keo take the lead and pick up Nyle in a steamy Argentine Tango.

Strictly has included same-sex routines in previous shows, with some professional routines in 2018, and a prominent routine last series between Graziano Di Prima and Johannes Radebe. Sadly, this routine managed to elicit nearly 300 complaints from people saying they were “offended” although none were upheld.

But the show might be about to introduce a same-sex couple this year, as last week Judge Rinder revealed he’d been asked to compete on this year’s Christmas special with a male partner.