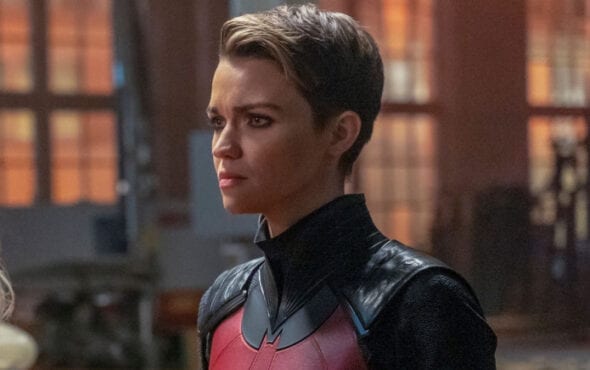 Ruby Rose has addressed the twist on the second season of Batwoman.

The most recent episode of the superhero drama caused controversy after revealing that Kate Kane, who was played by Rose in the first season before her shock departure, has been recast.

Although the star said she’d “totally” reprise the role in the future, Kane resurfaced much sooner than viewers anticipated. A disfigured silhouette of the hero could be seen in a Gotham sewer, this time played by Hollyoaks alum Wallis Day.

While fans were unhappy with the show’s decision to recast the character, Rose assured her followers that she’s pleased with her replacement.

“I knew about the casting beforehand and didn’t know when it aired so I forgot to. But I’m stoked for her! I’m seeing all the things I’m tagged in, with people sad or wondering how I felt… I feel great, I have nothing but good vibes.”

Day also said: “It’s a huge responsibility stepping into the shoes of a character that’s already been established and it’s a journey I’m looking forward to being a part of and hoping you guys do too.”

Last year, Rose made headlines after announcing her departure from the CW series.

“This was not a decision I made lightly as I have the utmost respect for the cast, crew and everyone involved with the show in both Vancouver and in Los Angeles,” Rose said in a statement at the time.

Later, she admitted: “It wasn’t an easy decision but those who know, know. I didn’t want to not acknowledge everyone involved and how big this was for TV and for our community. I have stayed silent because that’s my choice for now.”

Rose’s character was replaced with Javicia Leslie’s brand new hero, Ryan Wilder, making history for the show – and the BatVerse – as the first ever Black and bisexual iteration of the iconic character.

In our digital cover story with Leslie, the star discussed the significance of Wilder and the importance of more authentic Black LGBTQ+ representation.

“My representation of Black people outside of Family Matters and stuff like that was kids shows and cartoons. In every cartoon, there’d be that one token Black kid, so that was my representation,” she told GAY TIMES.

“So, to know that we have a show where we have a Black and queer lead, is so important and dope. There’s a million shows happening right now, but there are a group of people that feel represented because of the lead in our show.”

She added: “We’re fighting for people that don’t have voices.”

You can read our entire digital cover story with Javicia Leslie here.