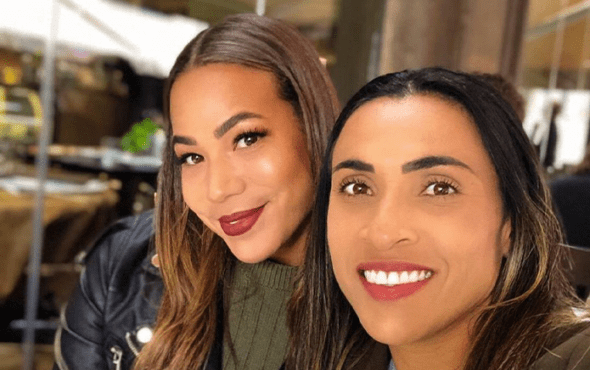 The Orlando Pride stars are tying the knot! Marta Silva and Toni Pressley announced their engagement on Tuesday (January 5) on Instagram with images proudly showcasing their rings. The duo have been dating since 2017.

Marta shared the celebratory images on Instagram, captioned the images with these sentimental lines: “This is another chapter of the story that we are writing together.”

Born in Brazil, the pro footballer shared the good news in English as well as her native Portuguese. Marta also plays for the Brazilian Women’s National Team and is a United Nations Global Goodwill Ambassador.

Pressley also shared the same dazzling online photos to her Instagram page which were captioned with the single word “Yes” and a smiling face adorned with heart emojis.

Both Silva and Pressley are regarded as top players in the sport. Pressley has been playing for the Orlando Pride, a team which also includes the icon power couple Ashlyn Harris and Ali Krieger, since 2016. Pressley has also made the National Women’s Soccer League draft in 2015.

Similarly, Silva has an impressive professional portfolio. The footballer has championed the sport with an incredible number of achievements, including becoming the first play (of any gender) to score at five World Cups.

The Brazilian also holds the record for the most number of goals across the FIFA Women’s Cup Tournaments and has been awarded FIFA World Player of the Year an incredible six times.