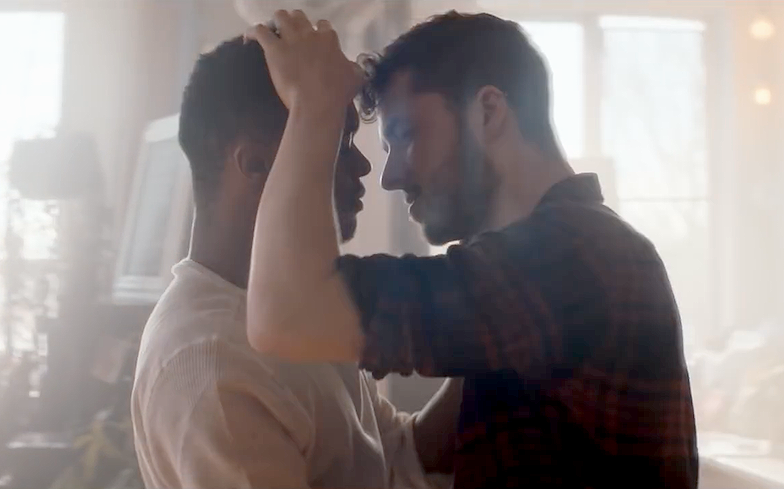 The video for Burn That Bridge features an interracial gay couple falling in and out of love with one another.

The folk song – which focuses on a same-sex couple – tells the story of two good friends who fall in love with each other.

In an interview with Billboard, Woods said the song was inspired by his gay friend – and writer – Breagh MacKinnon.

“She kind of came to it with a story, and that sort of idea of burning all of the bridges that are really representative of putting all other relationships in your past behind you, and moving forward with this feeling of early love, of feeling so invested in it,” he said.

“So it’s just, the story being from her was the reason I thought it was about a same-sex couple. I was so intrigued and guided by the notion of best friends falling in love. Like, the amount of fun that would be. So it seemed like a compelling story to me, and that’s where we started, and in my mind, that’s what it was always about.”

Woods also said the folk and country music industries/communities are not doing well in regards to LGBTQ rights.

“I’m shocked again and again by how slow the progress is in the country world, ” he said.

“There’s a few young artists right now who I can say – Maren Morris is one of them, Brothers Osborne are one of them — these are young people who have grown up in the real world with a realistic view of what 2018 should look like.

“And their artistry and what they put out and the way they represent themselves in public reflects that, and it’s wonderful.”

The incredible video for Burn That Bridge features an interracial couple falling in and out of love with each other. It all takes place within the same apartment, and it’s absolutely beautiful.