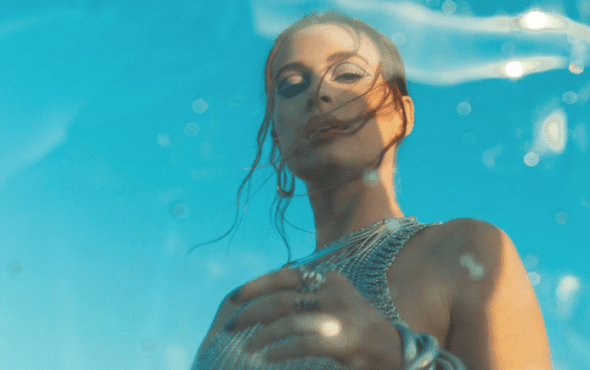 New Jersey native Fletcher is back with new music. The Undrunk singer has teamed up with Kito for her latest single.

The catchy track borrows from Katy Perry’s infamous track I Kissed A Girl from her second studio album, One Of The Boys.

The intentional overlap has not gone unnoticed. Katy Perry showed support by liking Fletcher’s tweet as she the New Jersey shared an excerpt from Girls Girls Girls”, which was inspired by her 2008 megahit.

An empowering message of confidence and sexuality, Fletcher’s new track reimagines a classic chorus to make her own LGBTQ+ positive anthem. Wrapped up in bold lyrics, the singer strikes down stereotypes and embraces openness: “I kissed a girl and I liked it / Sipped her like an old fashion / I kissed a girl and she liked it.”

Fletcher previously worked with Australian producer Kito for her viral hit Bitter. The song first premiered on The L Word: Generation Q and has since been certified gold in the US.

Fletcher is now working on her debut album, however, a release date is yet to be announced.

It is suspected the artist’s breakout singles Healing and Bitter will appear on the forthcoming record.

the first fletcher song in a while that i can't cry to…that's a great thing tho i can't wait to kiss a cute girl while this plays in the background <3 https://t.co/OPTXwPoEUA